Analysis of the goal conceded vs Stoke

Oh dear. When are we going to learn? More defensive mistakes, another goal conceded. We were very unlucky not to get at least a point from this game but, as the cliche goes, if you make mistakes like this at the top level, you are going to get punished.

Again, it starts from a fairly innocuous situation. With Lennon off the field, we are a little short, but when Fuller receives the ball, he is only just over the halfway line. 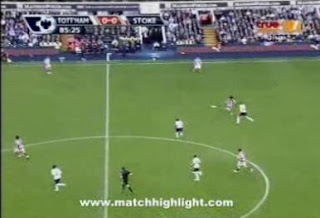 Palacios makes up ground absolutely superbly to get back and help Assou–Ekotto. Notice the eventual scorer, Glen Whelan at this point, to the top right of the shot. 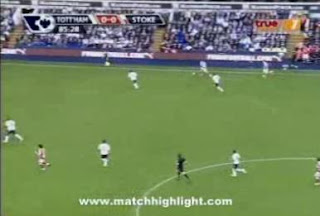 Palacios works hard to help Assou–Ekotto out, and it still seems like the situation is under control. Whelan has begun his run off Fuller here, hoping that he can work some space for a pass. 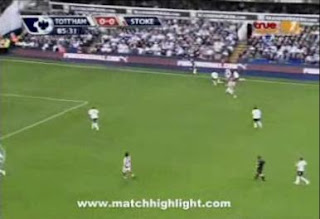 A couple of weeks ago, after the Bolton game, I accused Palacios of Zokora–esque defending – he seemingly hasn’t learnt his lesson. Having tracked back over half of the length of the pitch, and being so close to seeing this situation out, he has two options:

1. Keep shadowing Fuller with Assou–Ekotto, and make sure that we clear the ball.
2. Track the run of Glen Whelan and ensure that if Fuller makes a yard, he has limited options. 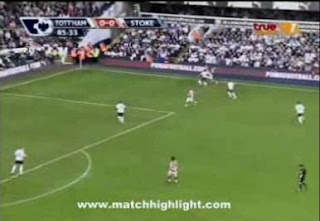 He chooses option 3 – stand still, do nothing, let the play unfold.

Assou–Ekotto is beaten for strength, and it is undoubtedly poor one-on-one defending from him – a shame because he otherwise had a decent game. 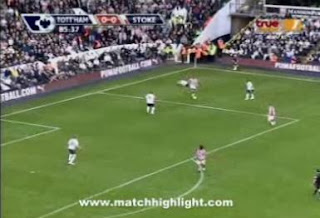 But if you look at this shot from the other angle, Assou–Ekotto forces Fuller to over play, and if Palacios HAD continued his tracking, he could have cleared the ball at this point. 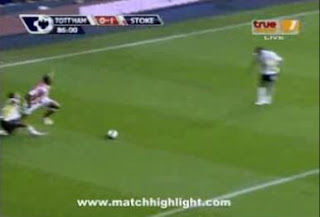 Alternatively, he could have followed Whelan, who now has so much time and space when Fuller picks him out. Bassong is caught in two minds – in fairness, once Benoit is beaten, he has to come across to ensure that Fuller doesn’t have a free run at goal. 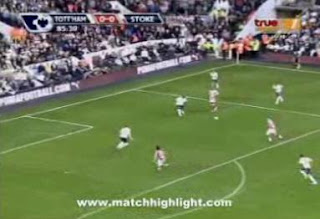 Dawson throws himself at Whelan, who probably should be helping the ball on to Tuncay, now unmarked. Instead, he launches an unstoppable drive. 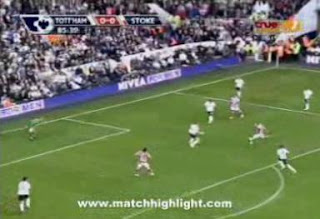 I have to take some responsibility for this goal – as Whelan was coming on, I said “I’ve never rated Whelan“. So for that, I apologise!

Palacios has to take much of the blame for this, though. Yes, Assou–Ekotto is beaten one-on-one, but Fuller is a lot bigger and stronger than him and let’s not forget that he already had his work cut out once Lennon (who had switched to the left) had to go off. He needed help from Wilson, and he didn’t get it.