Analysis of the goals conceded yesterday

On the surface, this situation looks relatively harmless. We have Cudicini plus eight defenders against four Bolton players in the box. It’s the two outside that we need to be worried about – we ONLY have Jenas set up to mark both of these. 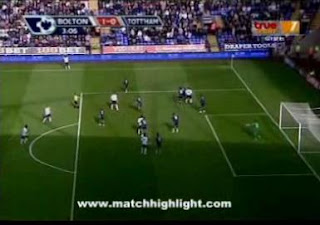 As Gardner starts to make his break into the box (notice Keane pointing him out), Jenas has to make a decision – does he stay with the man nearest the edge of the box, or does he track Gardner. 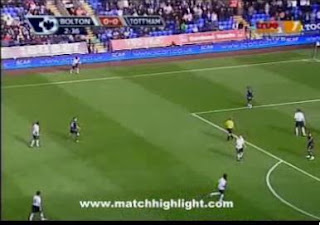 Jenas makes the only decision that he can, and moves towards Gardners run. He anticipates that Bassong is going to win the header, and takes up a position to be able to clear away should it come to him. 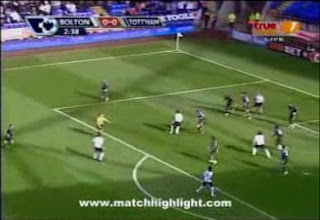 When Bassong’s header skims off the top of his head, we now have a problem. Gardner’s still moving at pace, and nobody has gone with him. At this point, it’s appropriate to highlight Kranjcar’s position – Gardner is now his man, but he is ball-watching. 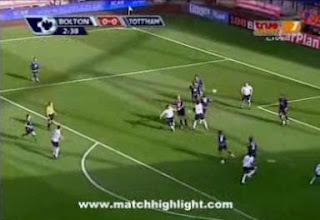 Fortunately, Gardner can only help the ball on, and Assou-Ekotto reacts to get to the flight. Kranjcar is still ball watching. 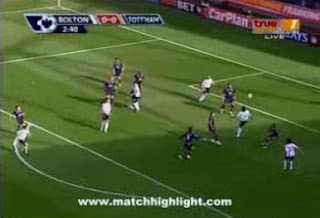 When the ball comes out to Lee, it could be argued that Assou-Ekotto doesn’t do enough to stop the shot. Also, notice Cudicini’s positioning – for me, he’s too far over to his near post. Jenas has, by this point, also come across to help out his goalkeeper. Kranjcar has totally switched off now and is in a pointless position. 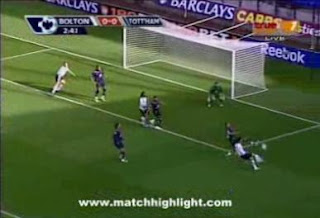 When the shot comes back across goal, Cudicini has left himself with too much to do, and he ends up palming the ball out into absolutely the worst position. Important to notice Kranjcar again – dawdling as Gardner is now totally unmarked. 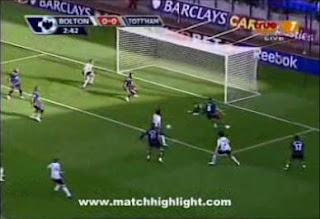 Defoe closes Ricketts well, but his long-ball is very precise. 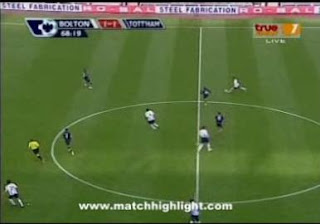 It’s brought down terrifically well by Gardner, although Corluka was caught slightly upfield and as a result is not tight enough. 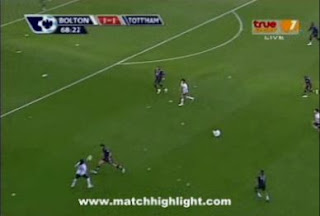 Great football this by Bolton. Gardner pops it inside, but we still look fairly safe – Lennon has tracked back, and Wilson Palacios is round on the cover. 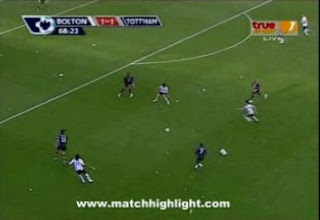 Great first touch from Cohen, guided into Lee’s feet. Two good technical players here, no doubt about that. However, Huddlestone is nowhere near tight enough to Lee, and watch Palacios as Cohen passes and carries on moving – does he presume that Lennon is going to track the runner? Remember that Lennon is wrong-side, so this is an incorrect assumption from Palacios. 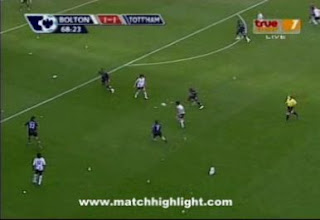 In fact, it’s almost Zokora-esque. He is sucked towards the ball, and totally ignores Cohen’s run. 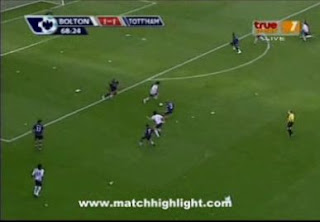 Great stuff from Bolton, though – a cheeky back-heel from Lee, although it does put Cohen fairly wide, and Spurs have plenty back to defend the cross. At this point, notice Assou-Ekotto’s position with Davies. In the commentary, Trevor Francis says that “Assou-Ekotto doesn’t notice Davies lurking” – now, how can this be? 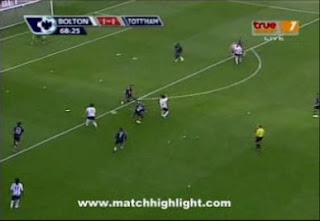 Cohen stands the ball up, and Cudicini is left scrambling across his line. He needs help from his defender here. 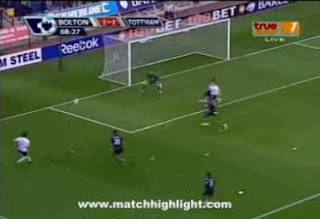 Assou-Ekotto is still well-positioned to deal with this. 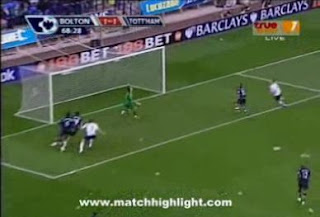 But for some reason, he doesn’t anticipate the danger. I don’t personally think that he bottles it – it’s a simple header to make, and he doesn’t even need to make contact with Davies – just go and put it out for a corner. He waits for Cudicini, though, and Davies steals in. 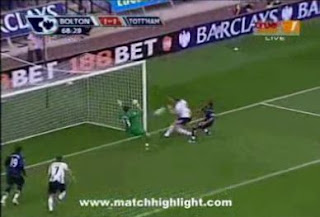 Bolton’s first goal was a classic Bolton goal – a ball into the box, win the second balls and get it back into the danger area. Bassong’s header was poor, but Kranjcar and Cudicini are also at fault for me.
The second, though, was a really well-worked goal. But also an avoidable one – had Palacios done his job properly, and had Ass0u-Ekotto headed the ball out, it wouldn’t have been a problem.

So all in all, poor defending for both goals, and there were other moments in the game where we looked shaky too. I don’t think Huddlestone’s selection at centre back was a good one, and I thought Palacios had his fourth under-par game in a row.