Analysis of the goals conceded vs Everton

We played some great football at Goodison, and at 0-2 with 12 minutes to play, we should have been home and dry.
I’m afraid that in this analysis, I’ll be picking out some of the same old names again – I apologise in advance if anyone thinks that I’m “out to get” certain players – I’m not! And nor am I going to hold grudges against players that make mistakes because, frankly, even the best players make errors. The worry is that we often make the same mistakes over, and over…sometimes two or three times in the same match!

The move for the first goal develops down our left, Everton’s right. Assou-Ekotto was taken off at half-time, as he was having a poor game and had been booked. Gareth Bale had come on and, despite some useful attacking forays, had looked a little shaky defensively. As the ball is played out to Coleman, Bale’s starting position could be better, but he is certainly still in a position to deal with the danger. 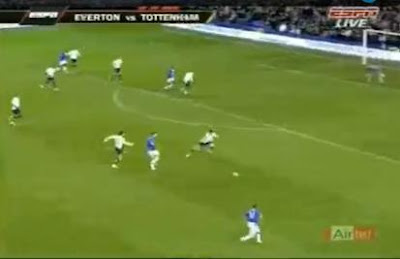 On a yellow card himself, he certainly can’t lunge in, so I would just expect him to stay on his feet, jockey Coleman, and see the situation out for a goal kick or even a corner. Notice at this point that Bassong is touch-tight to Saha in the 6-yard box. 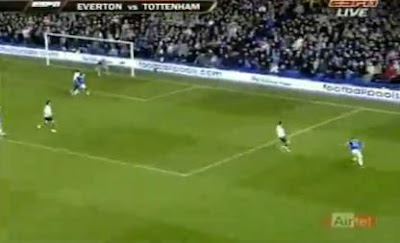 Bale is beaten by the same dummy that Coleman used every time he went forward. Bale is left for dead (literally, if your name is Jamie Redknapp), and Coleman now has time to pick out a cross. Saha’s movement is good – he comes towards the ball, and then drops off. With Bale beaten, though, Bassong has little choice but to come across towards Coleman. Kranjcar seems to see the danger, and makes a move towards Saha. 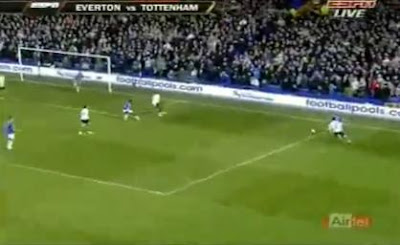 But Kranjcar stops short, and Saha is left in acres of space. It’s not an easy finish, but Saha is a quality player. 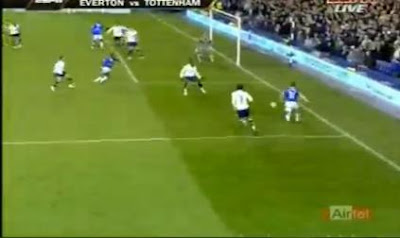 The second goal is generally a bit more of a muddle. The move begins with, I think Cahill, with his back to Dawson and Bassong, well marshaled. 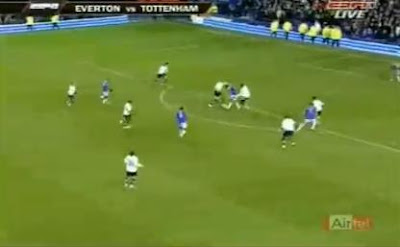 Palacios sees a chance to get rid of the ball. The contact he makes is awful – if you’re going to clear the ball square in a situation like this, you have to make sure it goes into the stands. 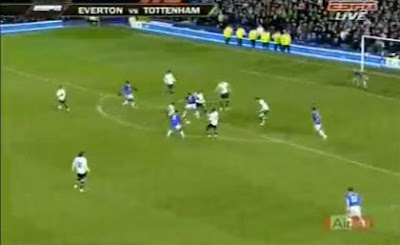 Instead the ball comes back out to our friend Seamus Coleman. Notice Bale – in fairness, he spots the danger relatively quickly, and makes his move out towards Coleman. Also worth noting the positions of the centre backs – whilst Dawson has dropped back, Bassong is lingering on the edge of the area, with Huddlestone next to him, and Palacios just on the edge of the D. 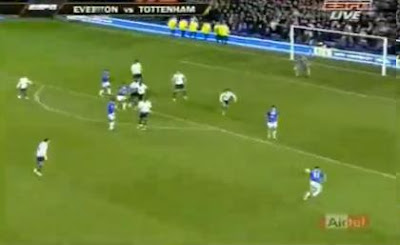 Bale seems to slow down, and not attack the ball, leaving Coleman in plenty of time and space. 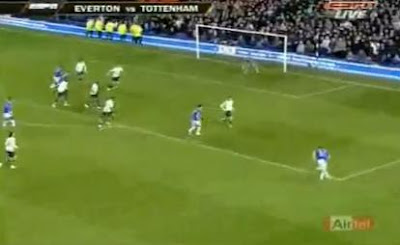 This time the cross is pretty poor, and it eludes both forwards. It comes out to Everton’s left where Baines, in a very advanced position, picks up the pieces. In this situation, Dawson does what every defender should do, and drops back to protect the goal line – good, instinctive defending from the captain. Bassong, on the other hand, is still lingering halfway between the penalty spot and the edge of the box – he can have no effect on play from there and, indeed, Cahill is now unmarked, because Palacios hasn’t picked him up either. 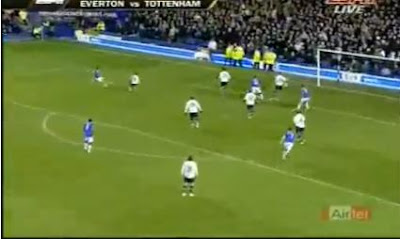 A relatively simple task for Cahill – Bale has no chance of getting back in, Palacios is watching Cahill, Dawson’s moved toward the line, and Bassong is nowhere near the action. 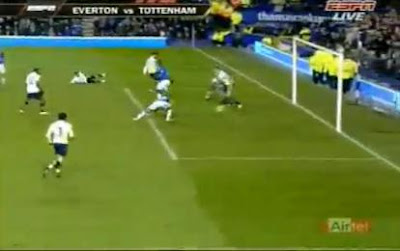 A worrying lack of defensive instinct from Bassong.