Secondly, I’ve had a number of comments recently criticising me for always focusing on the negatives. In order to disprove this (I am generally very positive, honest!), I will endeavour to analyse some goals scored in the future, but for now (time is limited), here is my take on the goal conceded against Fulham. 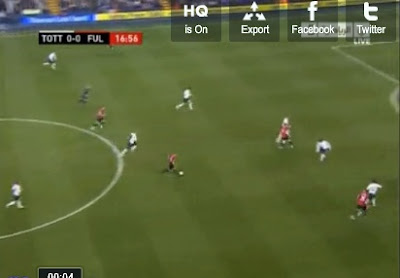 Damien Duff carries the ball forward having received it from Etuhu. I have made no attempt to cover up the fact that I don’t think Modric works in the middle of midfield in a 4-4-2, and this sort of explains why. Palacios is a destroyer, very much defensive-minded, but he doesn’t hold. Therefore, when Modric is caught upfield (as he is here), Palacios needs to have held position. He hasn’t, and therefore Duff has a totally free run at our defence. This wasn’t the first or last time in the first half that it happened. 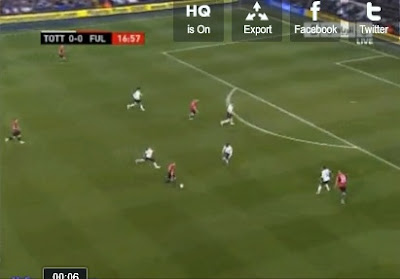 Due to our midfield players having gone walkabout, Bassong has to come out to close Duff. By the time Palacios has got close to Duff, Zamora is alive and ready to make his move. Note at this point that Assou–Ekotto has his eyes firmly on the ball. Many full-backs in this position would have an arm on the attacking player to feel where they are. 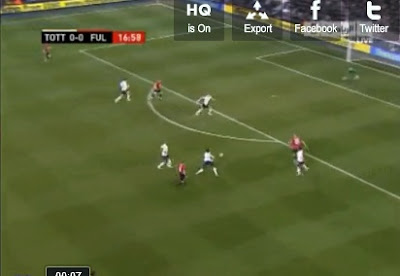 I overuse the phrase “ball-watching” on this blog. But then our defenders overuse the act! Lovely little ball from Duff, but the way Assou–Ekotto has just switched off and let Zamora run off him rather sums up the 45 minutes that he had last night. The follow two shots illustrate better how Zamora gives Assou–Ekotto the slip. 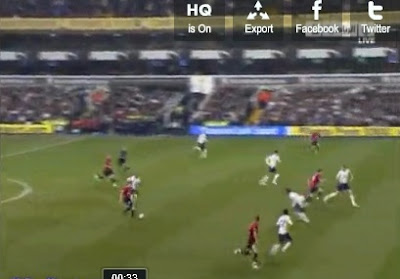 Now you see him. 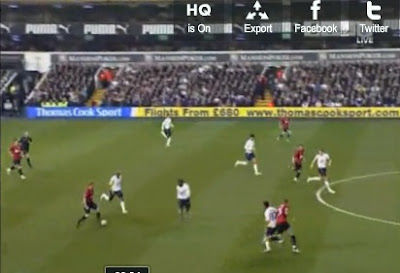 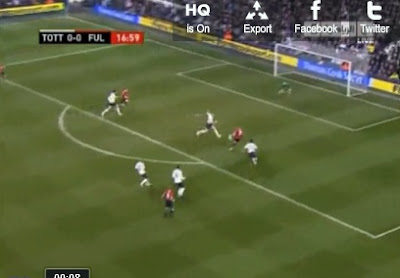 Zamora is on the crest of a wave, and has the confidence to take it early and first time – it’s a cracking finish, and Gomes has absolutely no chance.

But what a comeback, eh? Most unlike Redknapp to make changes so early, but it worked a treat. Huddlestone for Assou–Ekotto was a no-brainer; Benoit was having a shocker, and Modric is shackled by the defensive duties (which he’s not that good at by the way) in the centre. Bentley for Kranjcar was a stroke of genius, and Bents was inspirational in the second half.