Analysis of the goal conceded against Chelsea, and some thoughts on the game

What a difference a week makes. Absolutely battered by Sunderland where, let’s be honest, it could have been six. Beaten at Wembley, albeit with luck against us. Yet we come back to beat two of the current top three. Even more impressive when you take our recent record against them into account:

Optajoe: Can Tottenham continue to be a spanner in the works for the current “Big Three” sides? During the “noughties” they won just three of their 61 league matches against Arsenal, Chelsea and Man Utd, but have now won two in the space of four days and face United on Saturday.

Yesterday’s performance against Chelsea was incredible. Now, I don’t for a minute think that Chelsea were anywhere near their best – the space they afforded us was unexpected to say the least. But the way we took them apart was magnificent, and we could have won far more comfortably had Mr Pavlyuchenko had his shooting boots on.

I analysed all three goals in the Arsenal game, but in this article I’m going to focus solely on the Chelsea goal, as ours were a bit more straightforward. 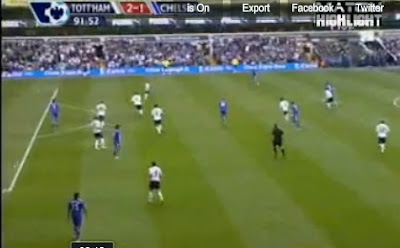 The ball is slid wide to Ballack and, aside from the fact that we’re not quick out to meet him, we’re fairly well set, with Kaboul tucked in, Bentley in a decent defensive position, and Huddlestone sat in front of the defence. 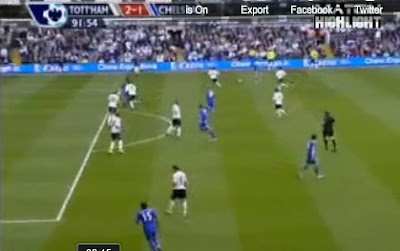 Assou-Ekotto comes out to meet Ballack, but he still has time and space to deliver. Yet, at this point, it seems that he has no-one to deliver to. 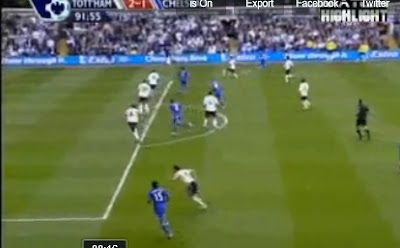 This is what Chelsea, and Lampard in particular, are all about. Ballack just feeds a ball into that area – behind the defence, and in front of the goalkeeper. Between the previous image and this one, Lampard has got on his bike. He has left Huddlestone, who passes him on to Kaboul -fairly standard. 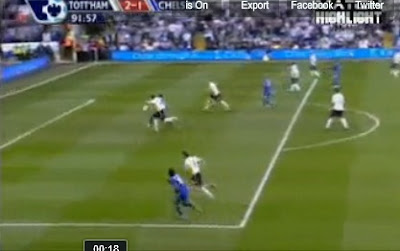 But Lampard has the momentum, whereas Kaboul is caught on his heels. 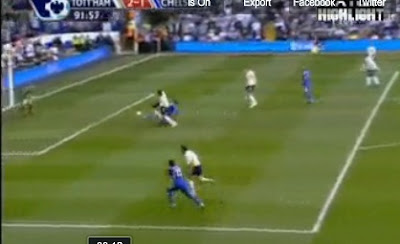 Lampard slides to meet the cross (which, by the way, is a beauty). 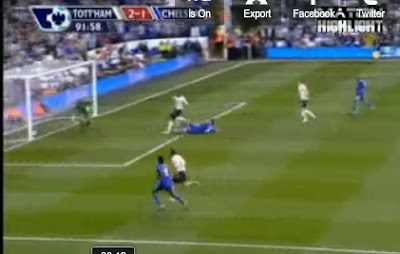 Gomes has no chance.

Top piece of play from Chelsea, one of the few moments of quality that they showed in the match. You can almost accept conceding from these sorts of moves, as it is a excellent ball, and impressive desire from Lampard. However, Chelsea created so little throughout the rest of the game – mainly thanks to another wonderful team performance. Our defensive shape over the last two games has been very impressive – we look compact and organised.

It could be argued that our hand has almost been forced by Palacios’ suspension but, for me, Huddlestone has been exceptional in the holding role – I must admit that I didn’t think he had it in him. We all know that, given time and space, he is a devastating passer of the ball, and also a player that keeps the ball moving well. However, his last two displays have been reminiscent of Carrick, who played that role so well for us. Where Palacios likes to get close to players, Huddlestone (and Modric to an extent) have instead just positioned themselves to limit the options. Both Arsenal and Chelsea really struggled to break us down as a result. I wouldn’t change that for the United match.

Full marks too to the full-backs and wingers, who have all also played an underrated role in the last two wins. In fact, everyone has played a part, not least Redknapp, who has out-thought two of the best tacticians in world football. Remarkable.

Closing thought – only two of the players that started yesterday (Bassong and Kaboul) weren’t signed by a Director of Football. Maybe there was merit in that system after all?