Analysis of the goals conceded against Manchester United

One of those days? Possibly. The odd team selection didn’t help, in my opinion. Not only did we unnecessarily change a team that won well last week, but we ended up with a left-back looking ridiculously uncomfortable at right-back, and a central midfielder who clearly wasn’t match-sharp and who, as a result, was lacking in virtually every area of his game. 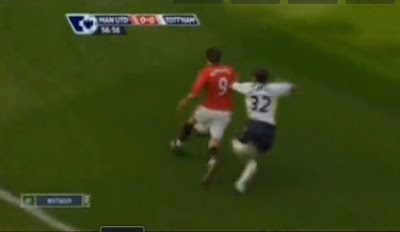 Berbatov has the ball wide on the left for United, and beats Assou-Ekotto with ease. 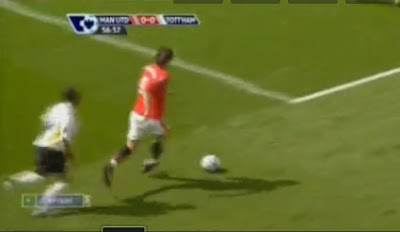 Despite his attempts to pull him back (if you’re going to do it, do it properly!), Berbatov gets away, and wanders into the danger area. Dawson holds him up, but Berbatov shows great awareness to play a back-heel perfectly into Evra’s path. 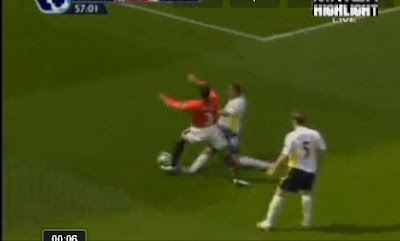 I can’t explain this. A rash tackle in the box with his wrong foot – I’d ask what he was thinking, but I think the issue is more that he wasn’t. 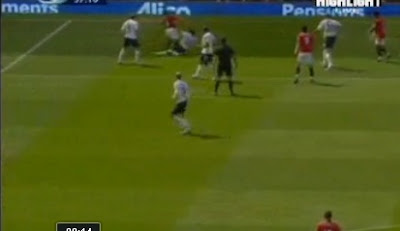 The referee’s view is partially obscured by Palacios, but it’s not a difficult decision to make. 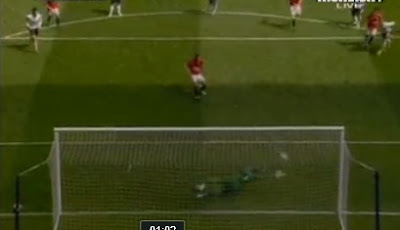 Gomes goes the right way, and gets painfully close to keeping it out.

Absolute suicide, having looked relatively solid for nearly an hour.

It’s 1-1 at Old Trafford, with only 10 minutes to go. Just keep it tight.
In fairness, it’s a slick move from United, but we could certainly defend it better. 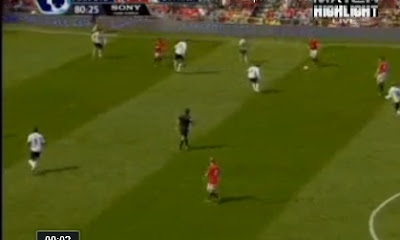 Fletcher has the ball wide on the left. We’re relatively well-set to defend, although Assou-Ekotto (now back over on the left), has got himself caught higher up the pitch than Bale. 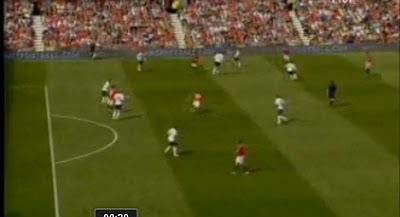 You can see from this angle that Bale is the deepest player on the left, with Crouch and Assou-Ekotto ahead of him. Macheda has dropped off, and neither our centre backs nor central midfielders have decided to deal with him. 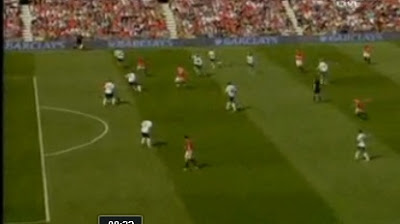 Fletcher fizzes a ball in to Macheda’s feet. His first touch is good, and the movement off the ball means that he has an excellent option. Crouch, Modric and Assou-Ekotto are now out of the game if United are quick about it. Bale hasn’t tucked round nearly enough at this point. 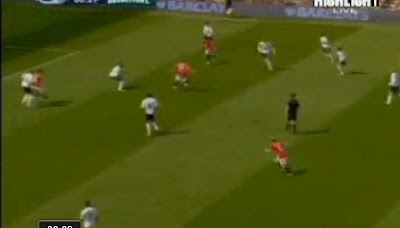 King is caught between a rock and a hard place. Does he go to Macheda, or does he mark Nani? Unfortunately, if Bale had been switched on, it wouldn’t be an issue but, as it is, King is left with a real job on his hands. 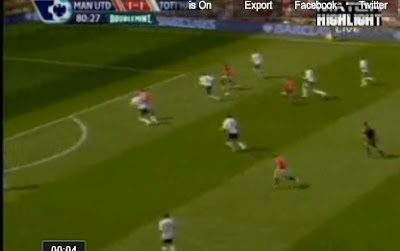 Nani is quick, but he also has the advantage of a head-start when Macheda plays the ball into him. 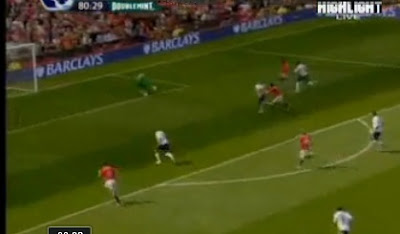 Nani gets way from King easily on the turn and, with Bale no longer in the picture, he’s left with a great chance. 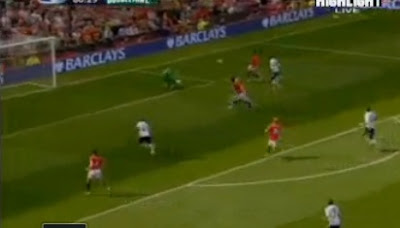 How about the finish though? Quite exquisite.

As if we hadn’t seen enough mindless defending, Wilson wanted to get in on the act… 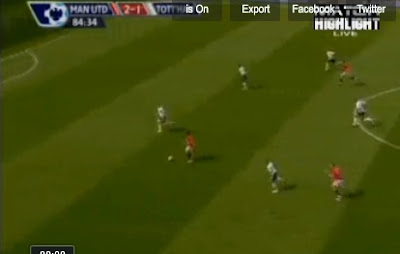 Nani picks the ball up and, with no options, drives at Dawson. 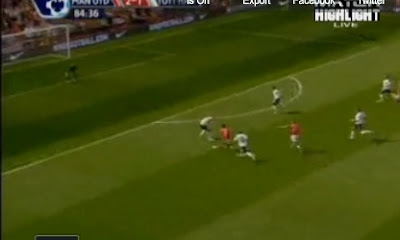 He turns Dawson inside and out, but with Palacios back on the cover, it looks as though we should be able to see the move out. 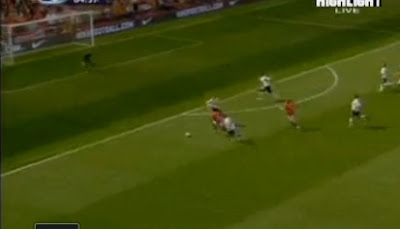 Nani’s forced wider than he’d have liked by Dawson, so it’s just a case of standing up and either getting the ball out for a corner, or waiting for him to try to force something. Instead, Palacios tries to go through Nani to get the ball, putting his hands on his back. Nani’s not stupid – he is going wide, so he is happy to slow up and wait for the contact. 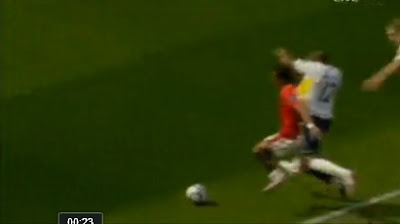 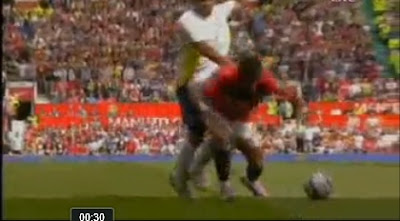 Again, not a difficult decision for the referee, but a ludicrously soft penalty to give away. 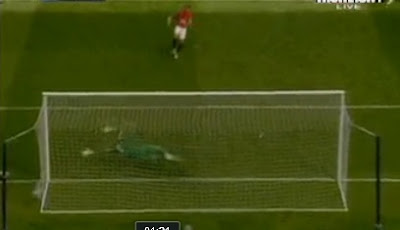 Gomes goes the right way again but, like the first, Giggs puts it far enough in the corner, and with enough power to get it beyond him.