Analysis of the goals conceded against Sunderland

Was it just one of those days? I can’t help but feel that we were off to a bad start before we even got on to the pitch. Our injury list is pretty horrific, but we have to play our best players in their best positions, and in my opinion that means Bale at left-back, and Modric in the free role from the left. He is proving time and again that he is not a central midfielder (at least not in a traditional 4-4-2) in the Premier League, but that’s another blog post.

I’m not looking forward to this…

The first goal is a total shambles. Sunderland get off to a flying start, and force a very early corner. Firstly, we’ve become seriously reliant on Crouch when defending corners. He is a brilliant near-post screen and, generally, we have become far better at defending them thanks to his presence. Obviously he didn’t start the game, and we were also without Dawson, who has been another rock in these situations. 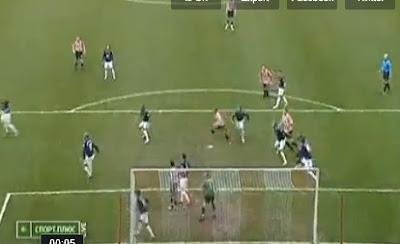 Kyle Walker is beaten far too easily by a bit of movement from Fraizer Campbell – a straight run towards the near post. 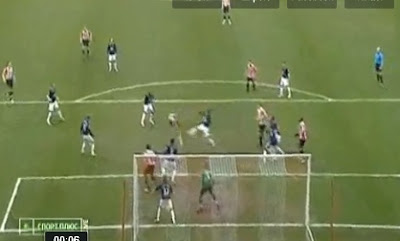 Campbell stoops to head but fortunately for us his header is pretty much straight at Gomes. 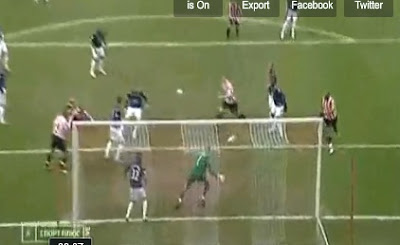 Gomes couldn’t have parried the ball into a worse spot if he’d tried. Worryingly, this was one of many in the match that he palmed straight back into the danger area. Notice Bassong, totally caught on his heels, though, and Bent showing a killer instinct. 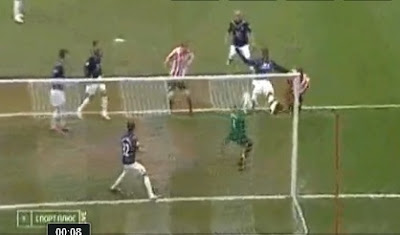 By the time Bassong reacts, the ball is in the net.

And then things go from bad to worse. 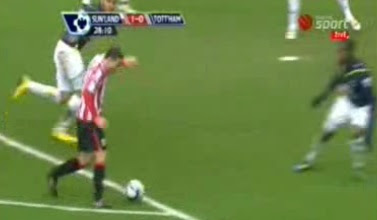 Malbranque makes a yard of space far too easily (a bit slack from Kaboul). 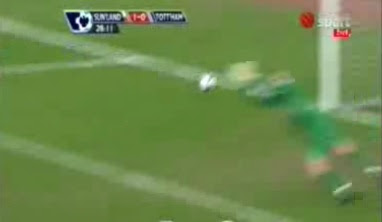 His shot is not particularly powerful, and Gomes gets to it comfortably. However, surely he should be tipping this around the post? Instead, he parries it out. 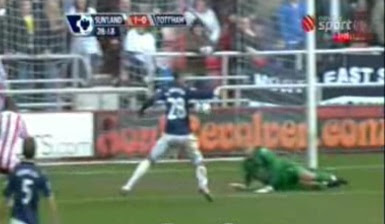 Walker’s arm is undoubtedly raised, and the ball undoubtedly hits it. However, from that range, I do think it’s a harsh decision. I can certainly see why the referee gave it, but I have seen them not given many times. 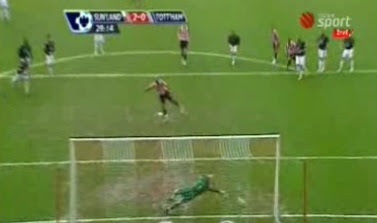 It’s not the cleanest strike ever from Bent, but it’s far enough in the corner to get past Gomes‘ dive (this time!).

The only one of the three where you can sit back and admire the quality. I don’t want to be too harsh, as we are chasing the game at this stage, but the goal sums up our central midfield throughout the 90. 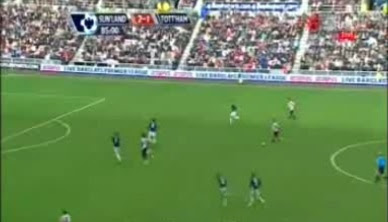 Jordan Henderson who, incidentally, had a really decent game, carries the ball a long way, totally unchallenged. Real lack of defensive discipline in the middle of our midfield. 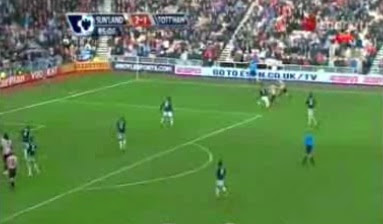 He heads over to their right, and works a two against one with Campbell. Bale has very little chance of being able to defend this on his own and, for me, Bassong doesn’t do anywhere near enough to support him. 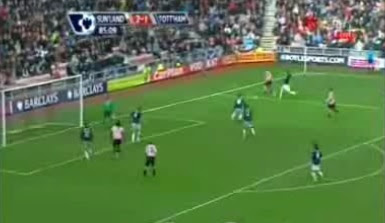 Bassong’s positioning here, for me, is concerning. What is he trying to achieve? He hasn’t made up enough ground on the player to be able to stop the cross coming in, and he’s left us very short in the middle. Henderson hits the line and, to his credit, picks out an excellent cross. As a result of Bassong’s “decision” (in inverted commas because that’s the issue – he’s caught in two minds), Walker’s been left with two men to cover. 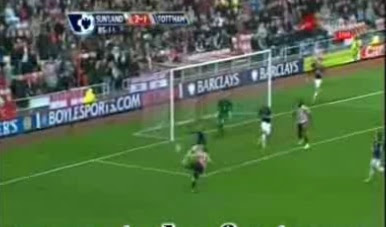 Zenden has plenty to do, but shows unbelievable technique, and catches it perfectly. 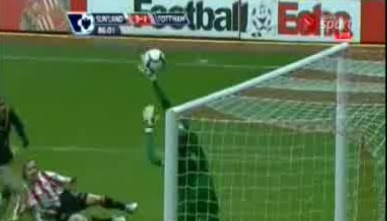 No chance Gomes – a wonderful strike.

Our defensive play throughout the game was appalling. The goals were the tip of the iceberg – the other two penalties were embarrassingly conceded, Assou–Ekotto was beaten far too often by Henderson in the first half, the centre backs failed to dominate from set pieces. Credit to Gomes for saving two penalties (the second was a particularly good save), but he also parried four or five shots straight out into the 6-yard box, and also got away with a bad error on the wrongly disallowed Ferdinand goal.

Our centre backs were very much under-par, but the lack of protection from central midfield was what concerned me the most. I’ve commented many times that I don’t think Modric does anywhere near enough defensively to play in a 4-4-2, but I think Palacios‘ style makes this an even bigger issue. If Modric played with a dedicated holder, his wandering wouldn’t be a problem, but Palacios charges here, there and everywhere, and you can’t just empty the midfield out like we have tended to do.

It would have been far from ideal to hand Livermore a debut in this game, but at least it would have allowed us to play two of our best players (Bale and Modric) in, in my opinion, their best positions. Hopefully this will be the last we see of Modric in CM.

One last comment – how much did we miss Michael Dawson? He has been a real unsung hero for us this year, consistently “being there” when we’ve needed him. Bassong has mainly been OK (and only OK) but isn’t what I would call a natural defender. Without Daws, Bassong looked a shadow of the player he had been previously. Hurry back, Michael (and Tom!).