Analysis of the goal conceded against USA, and my thoughts on the game

It’s a massive shame that my opening goal analysis for England’s World Cup “journey” is for a goal like this.

Whilst the nature of the goal has, for obvious reasons, been well documented, it would feel wrong for me to break from my previous pictorial structure for two reasons:

And, in fairness, whilst we all know how the ball eventually ended up in the onion bag (*hates self*), the way in which the move unfolded was fairly typical of long periods of the game. 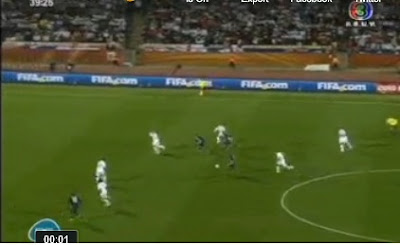 Clint Dempsey picks up the ball between England’s defence and midfield (he and Donovan had joy in this area, and England’s midfield lacked positional discipline without a dedicated holder). 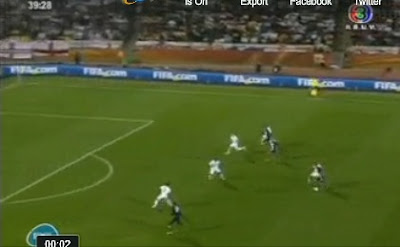 Gerrard drives back at Dempsey (as he did throughout the match) to hold him up, but Dempsey spins away. 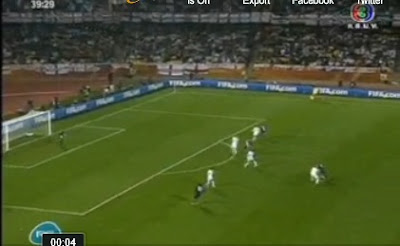 Gerrard has stayed tight until this point but, for me, there are still not nearly enough England players back in the picture. 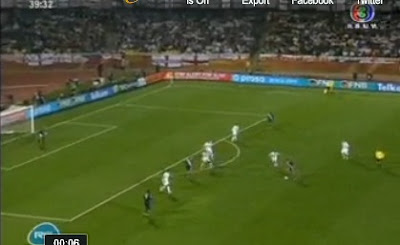 One more spin from Dempsey, and he’s shaken Gerrard off, making plenty of room for a shot – we know full well that he is a danger from distance, and with the new ball causing problems for goalkeepers in training, it’s not wise to give him opportunities like this. 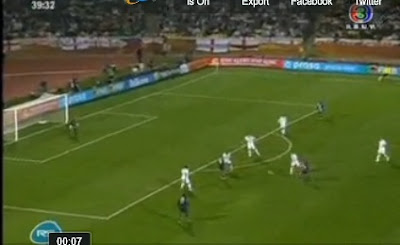 However, the shot is a tame one. He doesn’t catch it well, and it’s devoid of power. 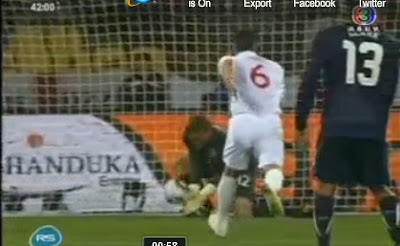 “They” always say you should aim to hit the target first and foremost, and that’s what Dempsey does. Green made a slight nod towards the new ball causing problms in his post-match interview, but I don’t think it had much to do with it; it bounced twice, didn’t move in the air, and would be the sort of shot that he’d expect to easily stop 999 times out of 1000.

A quick check of optajoe tells me that:

4 – Rob Green made more errors leading to goals than any other player in the Premier League last season. Calamity.

However, whilst it’s very easy to blame Green for our failure to get the three points from yesterday’s game, Capello made some real fundamental errors. It’s long been said that 4-4-2 suits England, because most of the players play in this formation for their club. Of yesterday’s starting 11, only King, Lennon, and sometimes Milner and Heskey regularly play this formation. The rest of the team play a variation of the 4-3-3/4-5-1. In fact, Rooney, widely seen as our main man, has arguably played his best football over the last year, whilst leading the line in a 4-5-1.

I noticed yesterday that Rooney was peripheral. We tended to play through Heskey, who did well in fits and starts, but also misdirected many flick-ons, surrendering possession cheaply (and that’s ignoring his missed chances). We’re told by the well-informed that Heskey is there solely to allow us to get the best out of Rooney, but with Rooney up front alone, and a dedicated holder in midfield (Barry or Carrick – whilst the latter isn’t flavour of the month, I find it hard to argue with Xabi Alonso’s comments here), we should get the best from our key players. Lampard and Gerrard get to play their more natural roles, Rooney gets to lead the line on his own (and see more of the ball), and we have the added bonus of a player that is comfortable with the ball at his feet, and will keep possession with sensible short passes.

The other major issue yesterday was our defensive shape. Our back line was too deep from the start (especially given that the USA aren’t a particularly quick side), and the gap between the defence and midfield was ridiculous. A prime example of this came during Altidore’s second half break. He is played in, turns Carragher, and bears down on goal. He chooses (somewhat selfishly?) to take on the shot at the near post, bringing out a fairly routine save from Green. 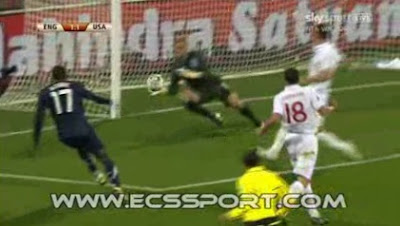 But had he looked up, he’d have seen two players – one on the penalty spot, and one just coming into the picture, totally un-tracked by our midfield. 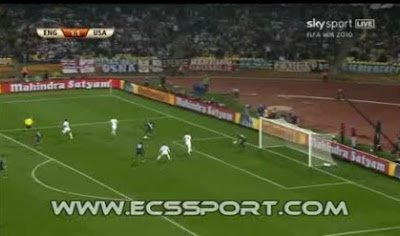 I’m sure that Barry will come straight into the side for the next game, and I personally hope that it’s at the expense of Heskey. I fear though, that he’ll come in for Milner, with Gerrard switching to the left.

I’m still confident that England will come through the group stage, and I look towards Italy’s famous slow starts in previous World Cups for a positive to cling to. The saddest thing about yesterday’s game, though, was that the USA side was clearly greater than the sum of its parts; England were, and very often are, quite the opposite.