Fiorentina took the lead when Gomes scuffed a kick straight to Papa Waigo, and Alberto Gilardino headed in at the back post.

King cut it very fine in trying to play him offside, but this image shows that he probably was just off: Pavlyuchenko equalised when Giovani robbed the centre back, and squared unselfishly.

Fiorentina regained the lead thanks to a neat finish from Adem Ljajić. Poor defending from Spurs, who were caught on a break. 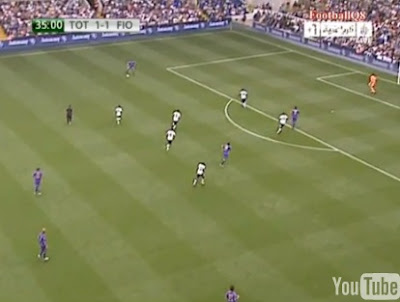 Palacios had an opportunity to track the eventual scorer, but didn’t seem to see the danger. 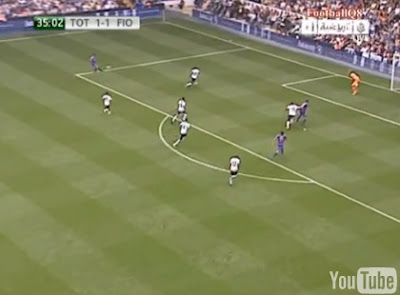 By the time the cross came in, he was totally unmarked.

Robbie Keane, on at half-time, got the equaliser in a typical Keane fashion. 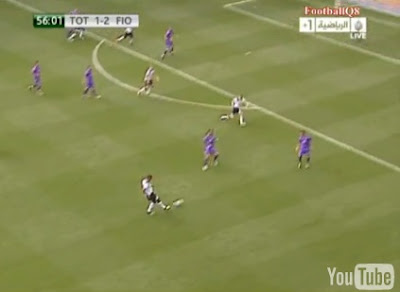 He made a dart, was found by Huddlestone, who had a very controlled second half. 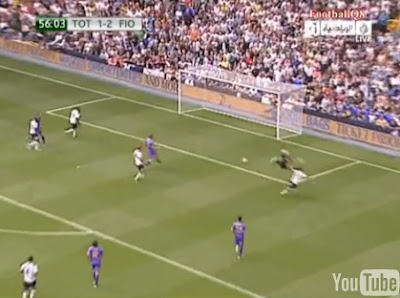 And Keane calmly slotted the ball across the keeper, and into the far corner.

Keane then scored the third with two minutes to go, latching on to a Livermore through-ball, and finishing underneath the keeper this time.

Decent second half performance from Spurs, and some players look a little less rusty (particularly Lennon). Giovani shone in the first half, whilst Keane and Huddlestone were the pick of the bunch in the second.