Analysis of the goal conceded against West Bromwich Albion

Redknapp got it wrong yesterday – there were some odd selections, particularly at the back. For example, why be so persistent and patient in getting Pletikosa in on loan, and then not play him? Why play Kaboul on the left of the centre back pairing, when Bassong was preferred there last season? Why play Bale at left back when he has looked so good in midfield? And elsewhere in the team – when have we ever seen Pavlyuchenko successfully lead the line on his own?

Despite the selection, we were dominant for the first 30 minutes, keeping possession, looking untroubled defensively, and creating a few openings. Rafael van der Vaart caused problems as a number 10, and linked well with Bale and Modric. We took the lead through a crisp Modric volley, and it looked like we would get another if we kept playing in the same manner. Unfortunately, Modric then took a kick on the same bone that he broke last season, and was forced off – from then, we lost most of our impetus and creativity. 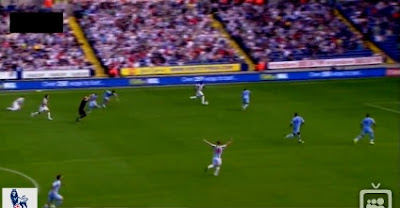 Marc-Antoine Fortuné has the ball on the left, and Gallas moves across to him. We should have adequate numbers back to deal with the situation. 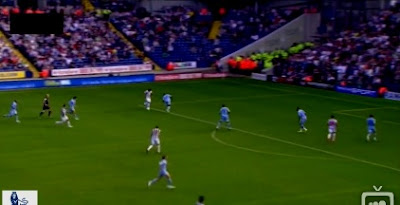 Fortuné forces his way to the edge of the box, with Gallas backing off – he is now in a position where he can’t make a challenge unless he is 100% sure he can get the ball, as he risks giving away a penalty. 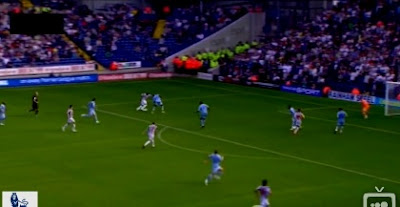 Fortuné doesn’t do anything clever – he simply drops the shoulder, and peels off on the outside. Gallas, lacking match fitness, is beaten far too easily for a man of his experience and talent. 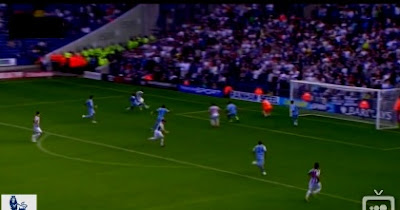 Gallas is now forced into making a last ditch challenge, as Fortuné drives the ball towards the near post – he strikes it wel, but is at quite an angle. 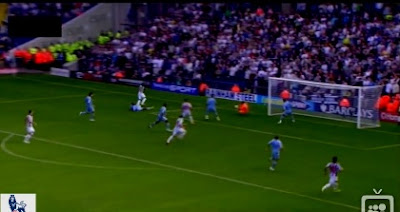 Cudicini easily saves the shot, but IMO should get the ball wide for a corner. Instead, it bounces off him awkwardly, and he is forced to scramble to his feet quickly to deal with the loose ball. 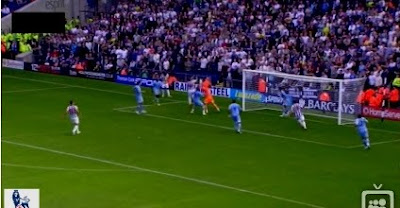 Having done so, he doesn’t do enough in this situation in my opinion. With Kaboul correctly choosing to leave this to his goalkeeper (who, obviously, has the advantage over the attacker), Cudicini barely gets off the ground, barely extends his arms, and is beaten to the ball by the sheer desire of Peter Odemwingie (who had an excellent game in general). 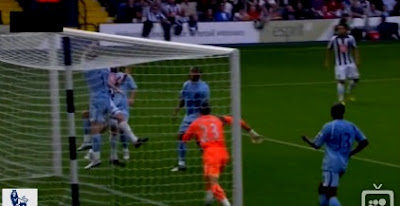 Odemwingie simply helps the ball across goal, and it’s now up to Bale to win the battle with Brunt at the far post. Unfortunately, he doesn’t, and it is nodded home.

A scrappy goal, but a goal which summed up how our second half was to go – encouraging West Brom on to us (i.e. Gallas), and a real lack of defensive desire (i.e. Cudicini and Bale).

There were many, many flaws in our performance: Palacios’ constant going to ground (NB: Palacios – 5 attempted tackles, 1 interception vs Mulumbu – 3 attempted tackles, 6 interceptions), and vacating of his post; Pavlyuchenko’s total inability to occupy even one of the two West Brom centre halves; van der Vaart’s inability to impact the game when he didn’t have the ball; and finally (and most importantly in my opinion), the narrowness of the 4-2-3-1 that we attempted – Lennon in particular barely ever going wide or attempting to take advantage of Shorey’s attacking instincts – an area that we really should have looked to exploit. The “average positions” image below illustrates just how narrow we were, with only Bale looking to get to the by-line regularly. 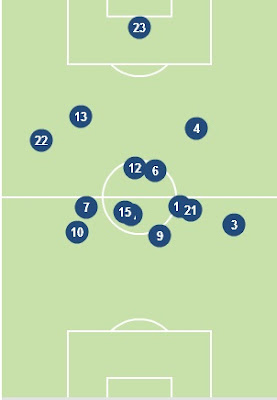