I don’t want to dwell too much on this, primarily because it’s not nice to lose, but also because I personally think Redknapp made the correct decision with his team selection (loosely correct anyway – I wasn’t a fan of the initial 4-3-3 formation), and I am not too worried about being out of the League Cup. 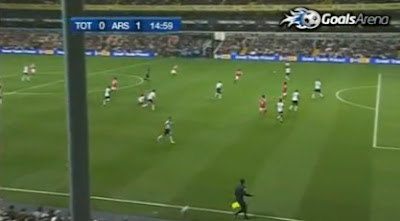 This is an excellent move from Arsenal, but it’s yet another defensive switch-off from Spurs, which is very frustrating. Eboue picks out Gibbs with a cross-field pass, and Gibbs cuts inside. Spurs seem fairly well set to defend. 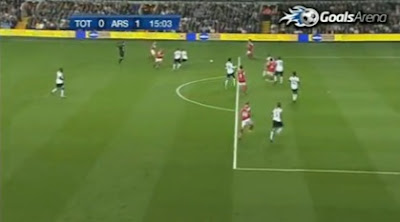 Gibbs shifts the ball outside to Nasri, who has plenty of room to operate. Notice Bentley – doing a good job of tracking Lansbury – and also Assou-Ekotto, who is central. 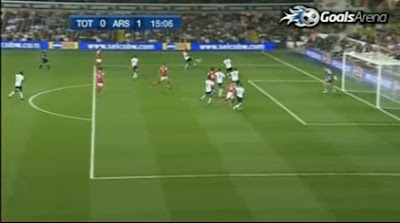 Nasri is overlapped by Wilshere, and plays him in. As Wilshere crosses, Lansbury is clearly onside, although is now ahead of Bentley, who has inexplicably stopped running! Also note Assou-Ekotto, totally unaware of Lansbury’s run. 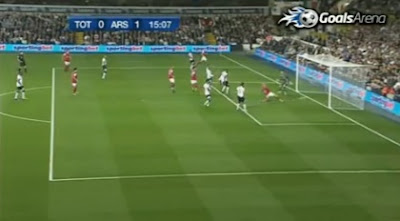 Great ball by Wilshere, and Lansbury is left with the simple task of tapping home, thanks to Bentley and Assou-Ekotto leaving him totally unmarked. 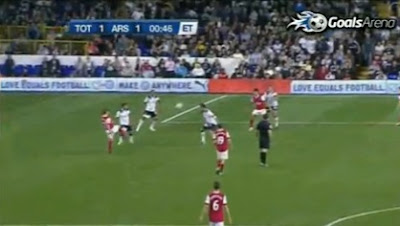 Arshavin lifts the ball into the box, where Caulker has Chamakh, and Bassong has Nasri. 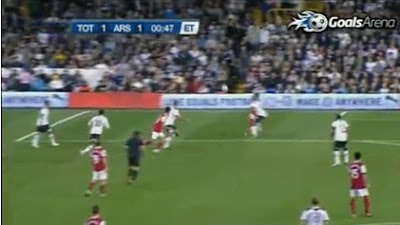 Bassong has got too tight to Nasri, who turns him cleverly. 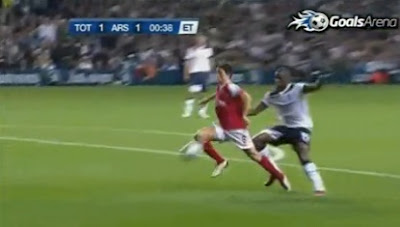 However, I can’t work out what the penalty is given for – there is certainly a very slight contact with Bassong’s chest on Nasri’s back, but I think it may have been given for the above. It’s very difficult to see whether Bassong makes contact with Nasri’s back leg (left hanging in the hope of contact). Regardless, Nasri is quick to go to ground – a soft decision. 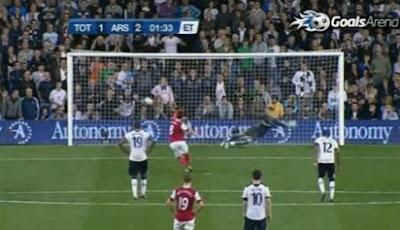 Nasri he steps up and sends Pletikosa the wrong way.

A flowing move by Arsenal, who are full of confidence, and against a team who suddenly look shell-shocked. 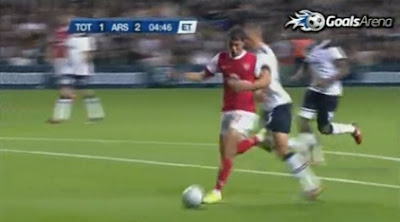 Caulker, who had a promising debut, is very naive here – you don’t give Premier League players any reason to hit the deck, and that’s just what he does. 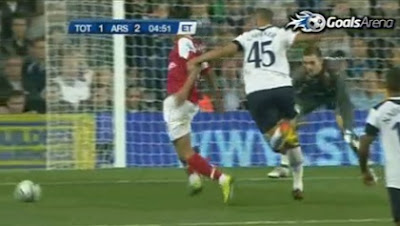 This time, the referee gets it right – a clear tug on Chamakh. 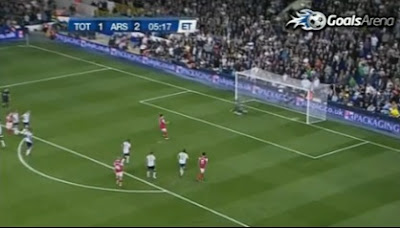 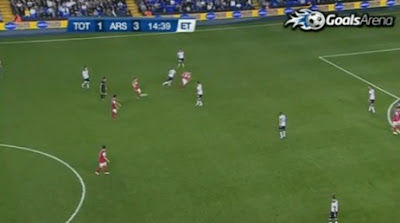 Yet another very frustrating goal to concede. Naughton gives away a foul, and just goes to sleep. Arshavin makes a run off him, and is found by Wilshere. 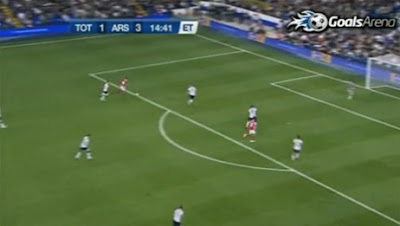 He makes his way into the penalty area and, despite not having much to aim at, he is confident, and strikes across Pletikosa. 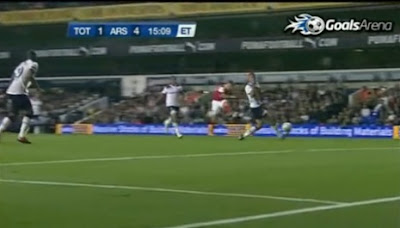 Very crisp finish, and I don’t think Pletikosa can take any criticism.