Analysis of the goal conceded against FC Twente

A great night at the Lane in midweek – not a faultless performance by any means, but a 4-1 win is a 4-1 win, and with a missed penalty too! Rafael van der Vaart was a silly boy, picking up a needless second yellow, but having got us the all-important first goal (and having put in a fantastic first half performance), I think we can just about let him off.

And wasn’t it nice to have Gomes back?! That big right handed save in the first half, and his general presence – he has been badly missed. Unfortunately we still didn’t look entirely comfortable from set pieces, though, and one was our undoing again after a bit of pinball in the box… 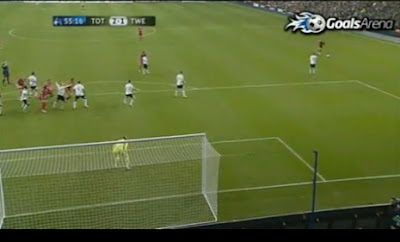 We’re well set for defending this – Twente have a lot of bodies forward, but we have Pavlyuchenko and Bale near post, and plenty of defenders centrally. 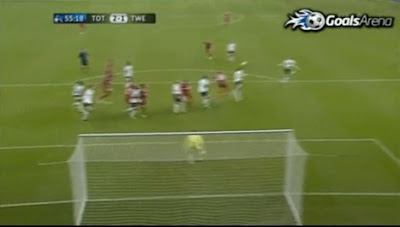 It’s a dangerous ball in, but one that Bale should clear at the near post. 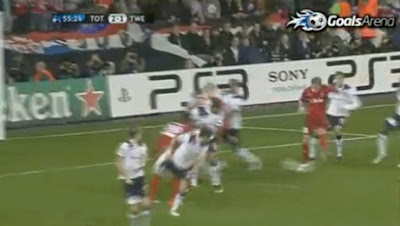 Bale misses his header, and it lands at the feet of a Twente player, who tries to get a shot away. 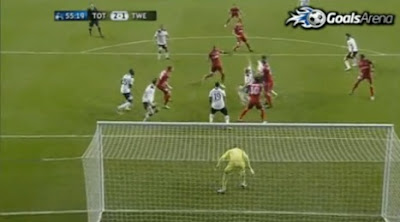 It comes out to Douglas, who has a strike. I think Hutton gets a block on it – notice how Chadli has dropped into space, whereas out players have either followed the ball or totally given up on defending (Bale and Pavlyuchenko). 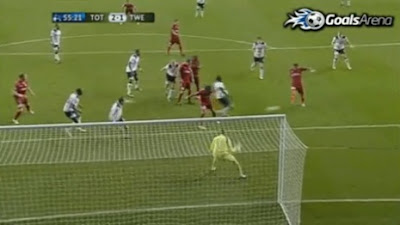 When the ball comes out to Chadli, he still has a lot to do, but he does it beautifully, finishing with the outside of his right across Gomes as Bassong attempts to close him. 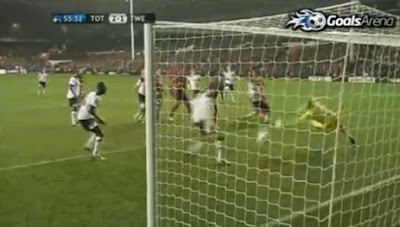 Gomes was quite close, but it’s a cracking finish.

So a scruffy goal but, in fairness to our defenders, Twente got the breaks.

Villa next at the Lane today – do we go with the the same team, or do we attempt to freshen things up? I can see King missing out (which would mean Corluka at centre-back), but I would be tempted to keep things as they were – it’s still early in the season, and the players should be able to cope with two games in a week at this point.