Analysis of the goal conceded against Sunderland

I’m no great Bassong fan, but Gallas has now been at least partially, if not directly responsible for the following goals against us:

And finally yesterday’s goal, which was a complete disaster.

Bassong has made mistakes too, but he is surely a better bet than Gallas right now? It would also allow Kaboul to play as the right-sided centre back, where he seems to be more comfortable. 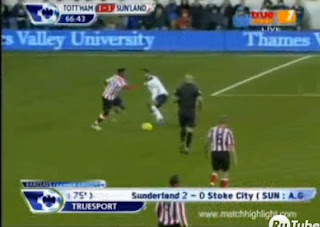 Wellbeck cuts in from the left, dances past Huddlestone and towards Modric. 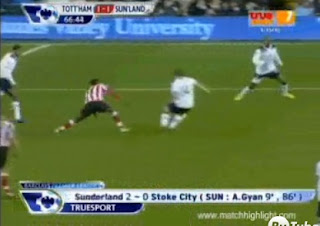 The ball escapes his control, but Modric doesn’t get a tackle in. That’s two central midfield players he has got past – unacceptable. 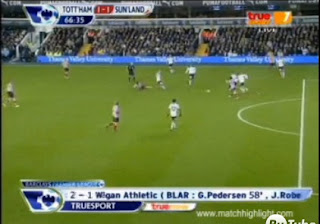 He manages to prod a pass forward. Kaboul seems to have read it, and is ahead of Gyan.Gallas should be dropping off here to cover, but instead also 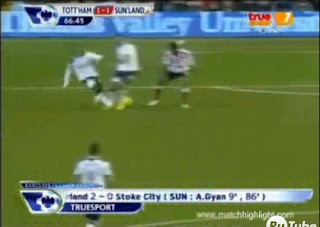 Gallas ends up going to ground, and causes Kaboul to take his eye off the ball. 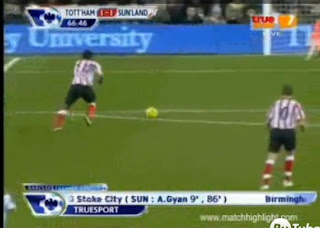 And the ball trickles through perfectly for Gyan to run on to. 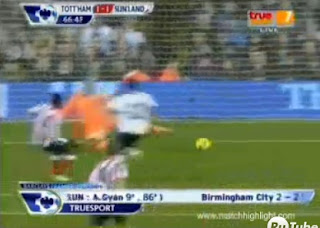 Gomes tries to narrow the angle but is easily beaten.

The spine of our team is so easily beaten – quite distressing. For me, Gallas has to be dropped on Saturday – if nothing else, to show that constant mistakes won’t be tolerated.