Analysis of the goal conceded against Aston Villa (26/12)

An excellent Christmas period for us so far despite giving ourselves a challenge in both games! Towards the end of the Villa game, we started to defend far too deep, and it looked as though the man advantage may finally pay off for Villa, as they scored in the 82nd minute. 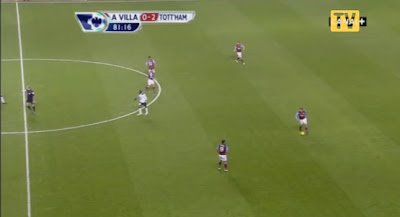 Palacios loses the ball in an advanced area, and Warnock has possession. With our players dropping deep, he is able to pick out Albrighton with ease. 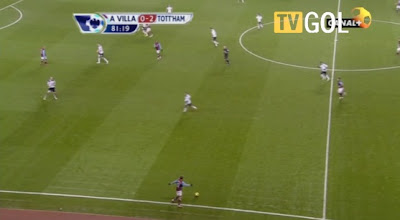 Albrighton is a very right-footed player who, at this point of the game, is on the left-hand side. Lennon and Hutton should therefore be trying to send him down the line on to his left foot. 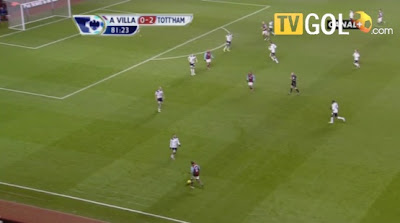 As Lennon trots back behind the ball to make up a second bank of four, Albrighton is able to advance unchallenged. He has nothing in front of him, so is either going to have to take on Lennon (and then Hutton), pass backwards, or deliver from deep. Notice Palacios – he has made up some ground in coming back from the Villa half, but should now be looking to stop Albrighton coming inside, or block off the pass to Delfouneso, who is just to the left of the referee. 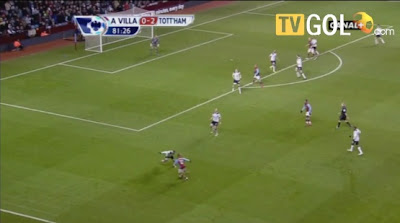 Albrighton wrong-foots Lennon to make a bit of space – in truth, Lennon doesn’t do a good job of showing him on to his weaker foot. Palacios has stopped… 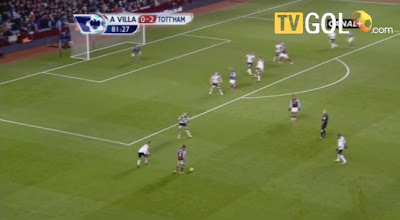 Having already whipped in some excellent crosses in the match, we should be wary of Albrighton’s delivery. Lennon unfortunately gives him plenty of room to work with – not helped by Palacios, who is totally out of the game – Delfouneso has now dropped off into a decent position just outside the box (the same position from which Agbonlahor has just had a dangerous shot), yet Palacios has chosen to ignore him and hope for the best. 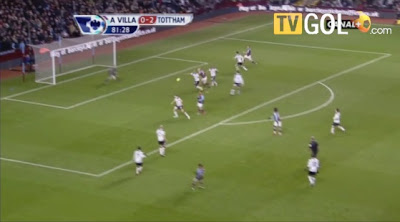 Albrighton delivers a near perfect cross – curling towards the far post, flat, and with plenty of power. Kaboul is goal-side of Collins, so should be able to clear anything that will land on his head. 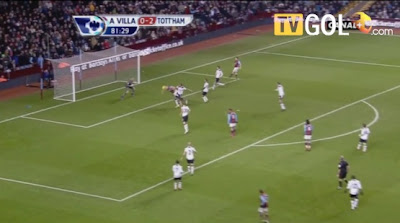 Collins makes a lunge, but Kaboul has actually judged his position fairly well, and Collins is unable to make it. Gomes can’t move yet, as he has to wait to see whether Collins is going to make contact. 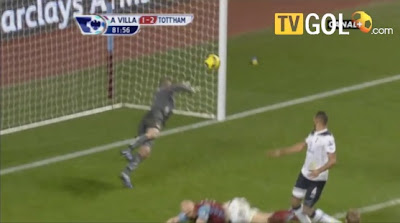 The quality of the delivery means that the ball bounces past Gomes and into the far post.

Not a situation that we defended well, but in fairness we only had 10 men, and had done so for a large proportion of the match. It’s understandable that our players were tired, and were defending deep to try to cling on to the two-goal advantage. Fortunately for us, it worked, and we came away with the points.