Analysis of the goal conceded against Sunderland (12/2)

Another battling win where we showed True Grit (like it?!) and determination. The goal we conceded was hard to take; with Gallas off the pitch to change his boots, Sandro filling in at centre back, Corluka nowhere near deep enough under the circumstances, and Gyan eventually afforded far too much room.

Redknapp explained the Gallas situation after the game:

“I was upset about it and I told William at half-time. He had had an injection in his ankle before the game and they bandaged his ankle maybe too tight and he was in a lot of pain. He felt his boots were too tight on him.” 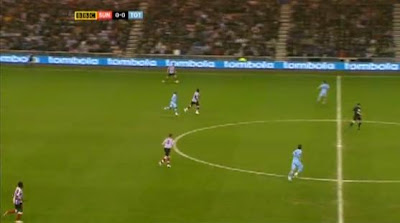 Sunderland launch an attack down their left through Bardsley, knowing that Gallas is off the pitch. 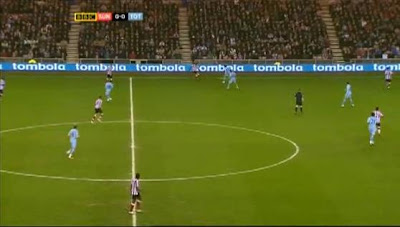 Kieran Richardson finds space beyond Pienaar and Corluka down the left flank, and the ball is played out to him. 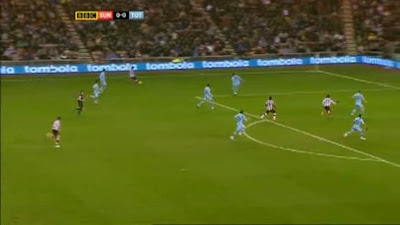 Sandro, who was effectively filling in for Gallas, has to come out to Richardson (as Corluka is caught upfield), but Jenas has not dropped in, leaving Dawson with Gyan and Sessegnon to mark. 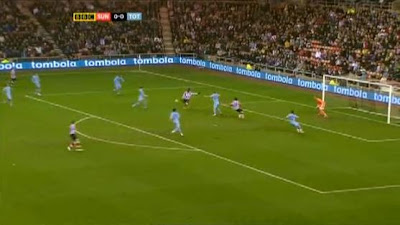 Gyan gets the ball instantly under control with a neat first touch, and swivels quickly to get his shot away. 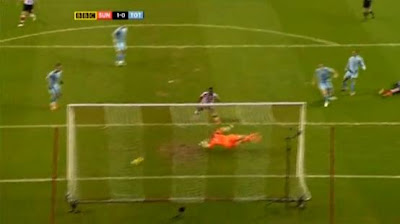 The strike goes through Dawson’s legs and across Gomes into the far corner.

Little harsh for Redknapp to blame Gallas for the situation; if he was suffering, he needed to change boots, but we should have re-organised properly instead of reverting to a temporary three, with Pienaar and Corluka far too high up the pitch.

Incidentally, what a good player Gyan is – clearly well-suited to Premier League football, and he would have been an upgrade on our strikers last summer in my opinion.

Finally, I hope that we put in a better defensive performance tonight than we have in recent weeks, as there’s no doubt that if we allow the likes of Ibrahimovic and Pato that much space tonight, we will be punished. The (probable) enforced midfield pairing of Palacios and Sandro will give our defence extra protection, but it is vital that Gallas and Dawson to mark tightly.