Analysis of the goals conceded against Stoke City (9/4)

This game was so typical Spurs – we dominated the first half, playing some of our best football of the season. We created good chances and got into good areas on a number of occasions. Modric was at his sublime best, starting and finishing moves, and Pavlyuchenko’s link play was first class; he found space easily with his clever movement and got the ball into his team mates, picking up two assists. Crouch took his two goals really well, getting on the end of excellent crosses from Pavlyuchenko and Huddlestone.

However, for all of our good play, we nearly gave up two points with some sloppy defending. Firstly, Dawson committed himself on half way, and Huddlestone didn’t make a challenge on Etherington, allowing him to get well into the box to finish across Gomes. And then Bale dallied on the ball, allowing Jones in to score a wonderful second. If Walters had finished from three yards out in the second half, we could have been left frustrated yet again. 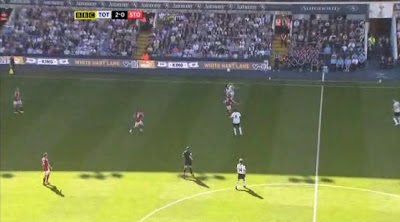 After a van der Vaart pass towards the edge of the area is cleared, the ball bounces and Corluka competes with Jon Walters, who won a lot of headers all afternoon. 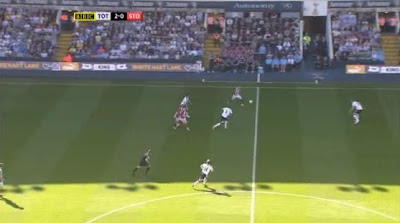 Walters wins the ball and nods on to Etherington, who is in his own half when he receives it. He has Dawson ahead of him, who is essentially the last man. 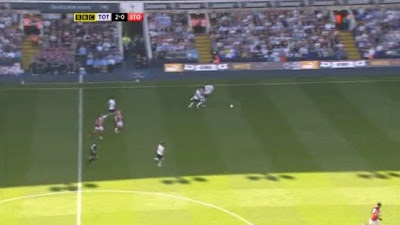 The way Dawson is beaten is not a pretty sight – he doesn’t even make Etherington do anything cleve. Etherington literally just shifts the ball beyond him and uses the fact that he has the momentum. 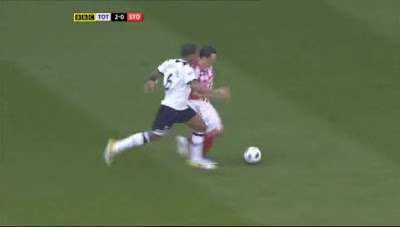 Huddlestone does a great job of keeping up with him, but misses his chance to muscle him off the ball, take him down for a free-kick, or slide in to try to get a toe on the ball. 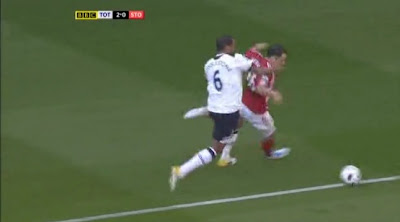 Huddlestone panics a little and finally commits himself just outside the box. Etherington is strong, and stays on his feet, just angling the ball around Huddlestone. 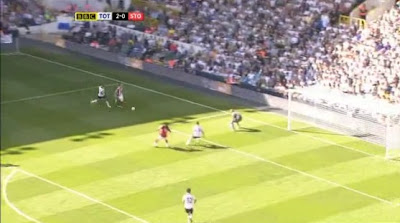 Bearing down on goal, he has limited options – Kaboul has taken up a decent position, so the pass to Jones is not really on. 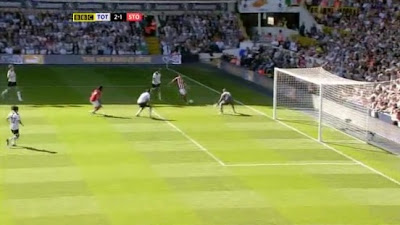 Gomes seems to have his angles right. 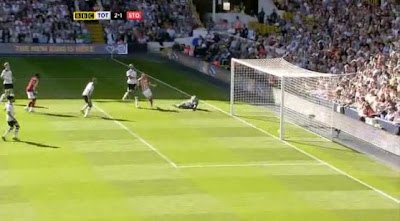 Yet Etherington manages to pick out the far post – Gomes doesn’t read it, and just sort of falls over backwards. I think he should be doing better here.

A fine goal from Etherington, who is having a very good season. 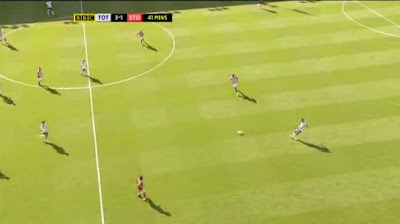 Spurs have comfortable possession, and Kaboul slides the ball into Bale, who has Modric available to lay off to (or he could go straight back to Kaboul). 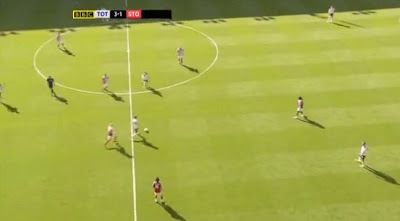 He dallies on the ball, which narrows his options, and Stoke players close around him. 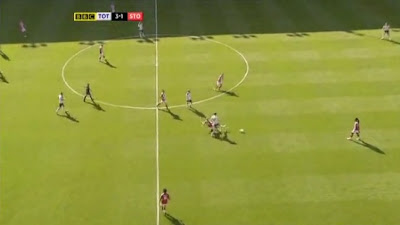 Walters pounces, and nicks the ball away towards Jones. 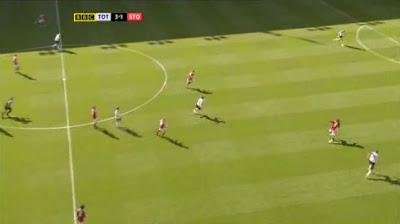 Jones takes it into his stride. 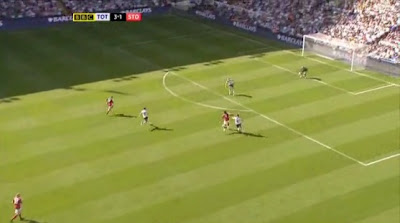 He times it just right – getting his shot away just as Kaboul closes. 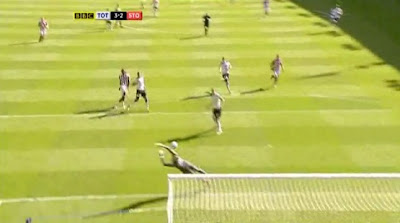 And it really is a fantastic finish – out of the reach of Gomes and into the top corner.