Analysis of the goal conceded against Wigan (24/9)

Diame’s goal – Assou-Ekotto gifts possession to Wigan, and the ball reaches Diame, who holds off Kaboul and finds the bottom corner from the edge of the box. 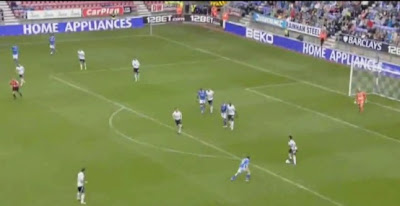 Assou-Ekotto has possession in his own box, after a Wigan attack breaks down. Parker (to his right) is the easy pass, or he can pass the the ball down the line for Bale. 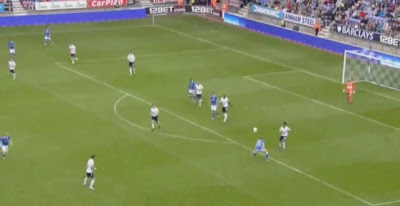 Instead, his attempted pass is too close to Stam, and the ball loops back into the Spurs box. 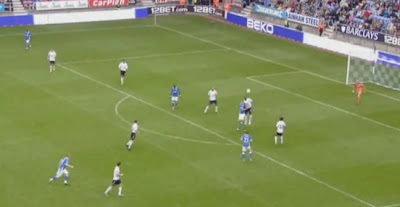 King competes, and the ball ends up back with Stam. 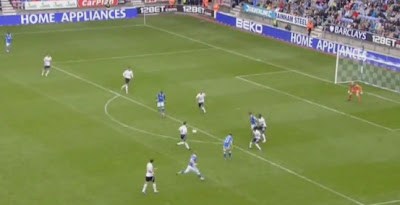 He plays an intelligent first-time pass into Diame, who has Kaboul closing in on him. 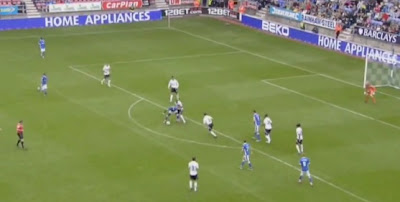 Diame is very strong, and holds off Kaboul, but Parker comes along to mop up… 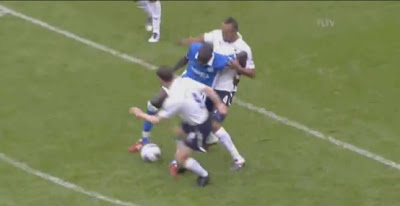 For some reason (presumably he doesn’t want to give away a free kick), Parker pulls out of a challenge, and instead runs straight past Diame. 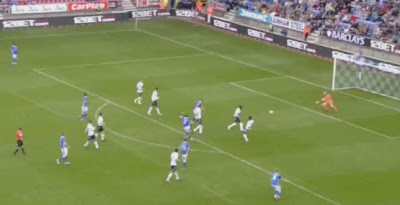 Which allows Diame to turn and find the bottom right corner of Friedel’s goal – it’s a great finish, and the keeper has little chance.

All in all it was a very nervy second half performance from Spurs which was in total contrast to the dominant, exciting first half, where we scored two good goals, but also missed a number of chances; a free header for Kaboul, a free header for Walker, Adebayor’s first time effort when he could have taken a touch, Bale’s shot when he should have squared to Modric, etc etc. As a result of not extending our lead, Wigan’s goal created a real sense of tension, and the team seem suddenly sapped of confidence.

The result, however, is a good one and, whilst I criticise Parker for his lack of challenge in the move that lead to the goal, he generally had a decent enough game -he made five tackles, eight interceptions (which was more than double that of anyone else on pitch), 85 passes (again, the most on pitch) at 91% completion. Assou-Ekotto, on the other hand, did not have such a good match. Having been at fault for the goal, he dawdled on the ball later in the half and almost cost us again. He also had the lowest pass completion of our outfield players, primarily because he often elected to play a hopeful, lofted pass forward rather than to turn inside. However, he has had a throat infection over the last few days and almost missed the match, which may go some way to explaining his poor decision-making.