Analysis of the goal conceded against QPR (30/10)

Bothroyd’s goal – a Barton corner is helped into the danger area by Helguson, and Bothroyd heads home at the back post. 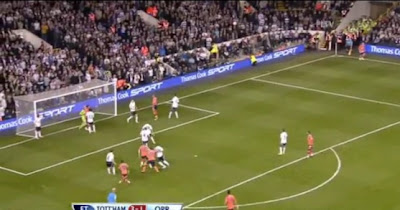 As Joey Barton floats a deep corner across, Spurs have adopted a strange zonal/man marking hybrid – there are some players man-marking (King seems to have Helguson, Parker has Wright-Phillips), but some players are just in general areas – Kaboul is one such player who has the job of making it difficult for players to find space, but is not marking anyone in particular. 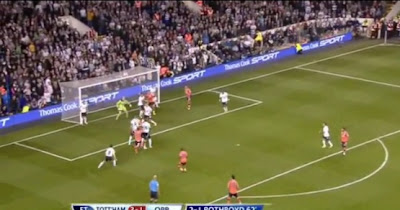 As the ball lands in the area, first notice how Wright-Phillips has got away from Parker, and now stands totally unmarked in an area similar to the one from which Formica scored against us last week in similar circumstances. Also note how Kaboul has come across to attempt to get under the ball. King is beaten by the flight, but has attempted to block Helguson’s route to the ball, and make it as difficult as possible. 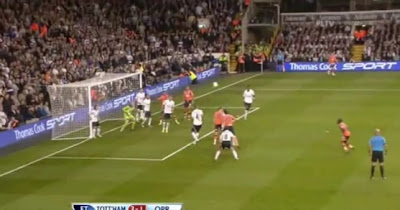 Helguson is very strong and good in the air, though, and sends an intelligent header across the box. 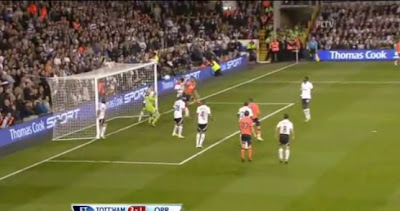 There is a total mis-match at the back post, where Assou-Ekotto is marking Bothroyd. Bizarre as Bale, who is fairly strong in the air, is on the post. 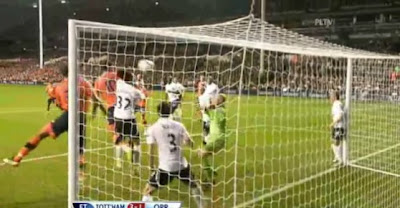 Assou-Ekotto attempts to jump into Bothroyd to make it difficult, but it is a fairly straightforward header for the forward.

The second goal conceded from a set piece in two weeks, and in both cases we have missed both the original header, and then failed to clear the second ball.