Analysis of the goals conceded against Newcastle (16/10)

Ba’s goal – after a loose ball is not challenged, Newcastle make inroads down our right and Jonás Gutiérrez picks out Ba with a superb cross; the striker is left with a tap-in. 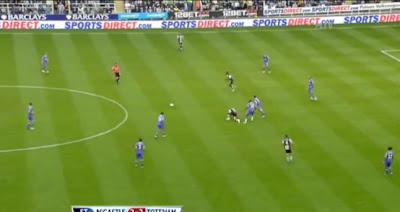 There’s a loose ball in midfield – look at Modric, towards whom the ball is travelling. It is most unlike him, but he is stood watching and waiting, whilst Ba is alert and wants to win the ball back. 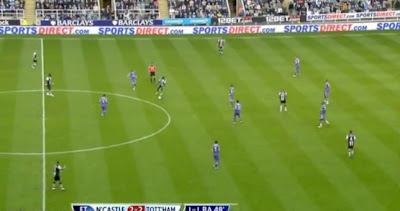 Ba takes control and still no Spurs player is particularly close to him. He has time to find Tiote… 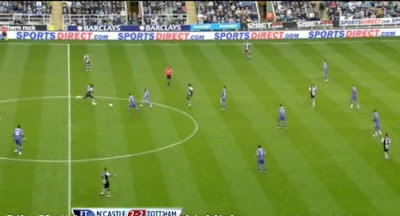 …who fires out a first time pass to Gutiérrez. 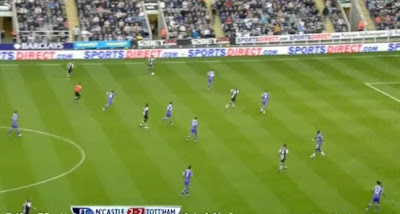 Gutiérrez has just Walker goal-side of him, although Modric now works hard to get back into position. 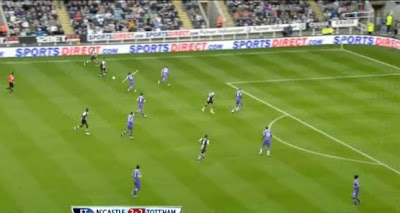 Having got there, Modric actually does more harm than good – he points for Walker to watch the overlapping Taylor… 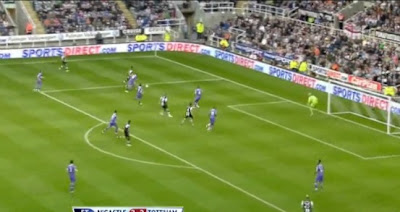 …and then he fails to make a challenge (he could have conceded a free-kick as a last resort), as Gutiérrez dances round him. In doing this, he has also put Walker on the back-foot, and made it very difficult for him to make a decision. Note Livermore, side by side with Ba on the edge of the box. 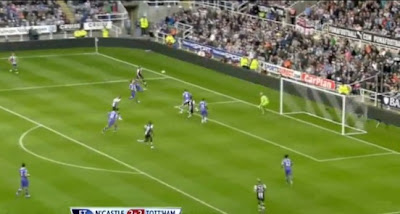 Gutiérrez gets to the by-line and lifts over a fantastic cross – Livermore has let Ba steal a match on him. 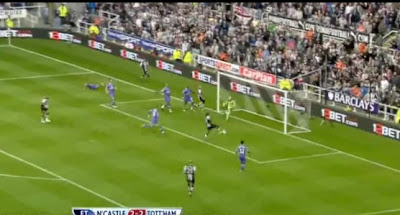 Ba is left with a simple finish. 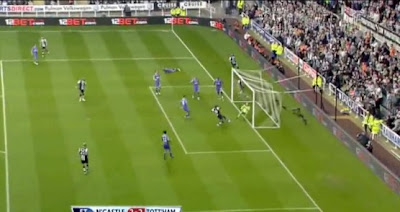 Although he hits it straight at Friedel, the pace on the ball makes it difficult for Friedel. Could he have done better? Possibly, but it wasn’t as easy as it looked.

Ameobi’s goal – Ameobi holds off Walker, and finds Friedel’s left corner with a fine shot on the turn. 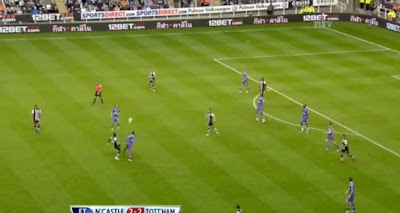 Tiote snaps into a challenge (as he did all afternoon), beating Livermore to the ball. 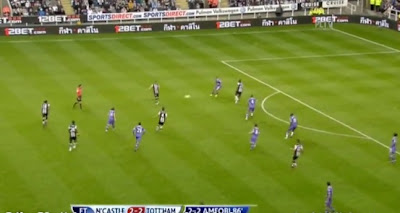 Ryan Taylor plays a clever first-time pass to Ameobi, but look at Assou-Ekotto on the edge of the shot. If he had got into a proper position, the flag may have gone up. 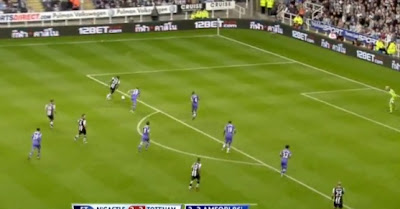 Ameobi still has a lot to do from this position – the angle is against him, and Walker is working hard to stop him getting a shot away (despite having picked up an ankle knock). 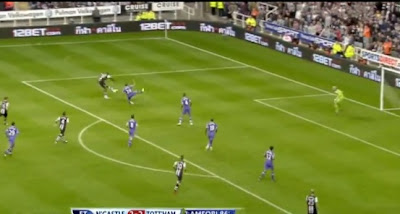 Walker flies into a challenge, but Ameobi strikes the ball unbelievably well… 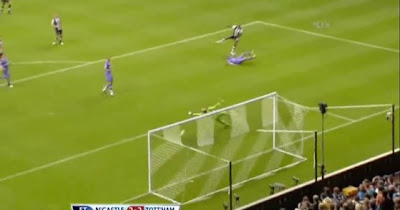 …and picks out just about the only part of the goal that he could have scored in.