Analysis of the goal conceded against West Brom (26/11)

Youssuf Mulumbu’s goal – A long ball down-field is held up by Long – we seem to have cleared the danger but Brunt finds Gera, who holds off Assou-Ekotto, and waits for support from Reid, who crosses for Mulumbu to score with a header across Friedel. 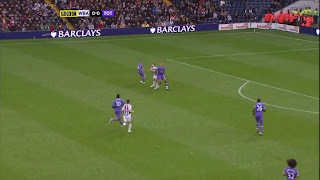 A long ball is played forward and Younes Kaboul, who has been a man-mountain in the air this season, looks set to clear away. 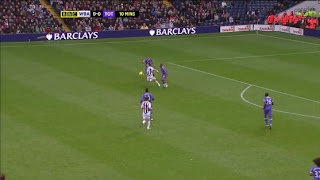 Long, however, is deceptively strong, and manages to not only hold Kaboul off, but chest it down and bring a team-mate into play. Personally I think Kaboul should do more to stop this happening. 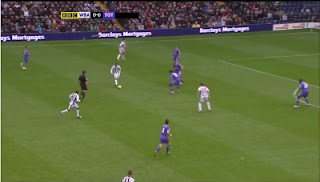 West Brom now have useful possession in our defensive third. Note Mulumbu making the break forward from his defensive starting position, un-tracked by either of our strikers, who should be picking him up (when playing 4-4-2 against 4-2-3-1, one of the strikers has to take responsibility for the deepest lying player). 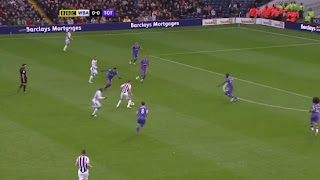 Gera tries to thread a reverse pass through for Mulumbu, but King blocks, and Sandro clears… 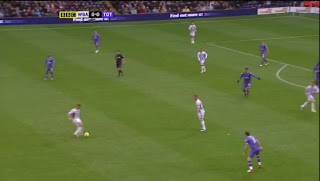 …but with Defoe and Adebayor not picking up Brunt, either, he has the opportunity to play a first-time pass to Gera, who has made an intelligent run into the left-back area. Also worth noting that West Brom actually have four other options, all unmarked, with too many of our players ahead of theirs – especially considering that we’re the away side! 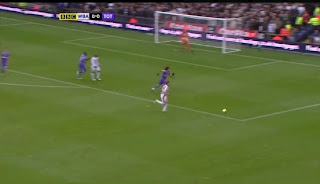 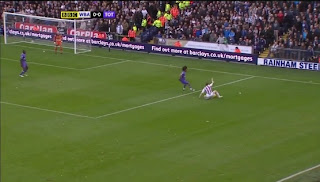 …but as he slides in to control it, Assou-Ekotto has an opportunity to get tight and make a challenge. 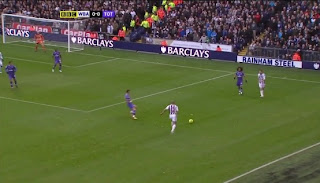 He doesn’t, though, and Gera has the time to hold the ball up, and wait for support from Reid, who has not been tracked by Bale, who has other concerns. Due to the nature of the two formations, Spurs are a man light in midfield – in this image, I have circled the midfield players (although Mulumbu is in the box, and Long has pulled wide to their left, you can still see the nature of the problem). Due to Defoe’s position centrally (not near a West Brom player), Bale is left with two players to keep an eye on, plus Reid, who is out of shot. 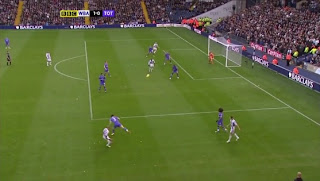 Reid, in space, whips in a superb first time cross… 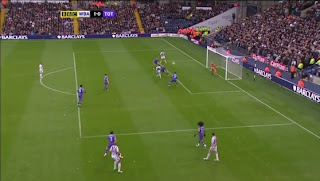 …and Mulumbu heads expertly across Friedel and into the far corner, but is afforded the space to do so by King and Kaboul.

In the first half there were numerous examples of West Brom using the extra man in midfield to their advantage, with Mulumbu causing havoc with some of his movement and his high-energy pressing. He was winning the ball back frequently, and then making bursts forward, with our players unsure of who should pick him up. Many of us were calling for a change to a 4-3-3 at half-time but, credit to Redknapp, he stuck with his side and played to our strengths.

In the second half, Defoe worked harder to stick with Mulumbu and we worked harder to get the ball forward quickly into the wide areas, where Bale and especially Lennon were finding space and using the ball brilliantly. Both created numerous chances and, on another day, Adebayor may have scored four.

The game was a little too open for my liking and, despite our dominance of possession and chances, it could have easily gone either way, but Redknapp’s positivity was there for all to see, and for that he should be applauded.