Analysis of the goal conceded against Chelsea (22/12)

Daniel Sturridge’s goal – Chelsea take a quick free kick, feed the ball into Drogba, who lays the ball off to Cole. It runs kindly off his arm, and he crosses well for Sturridge to finish at the back post. 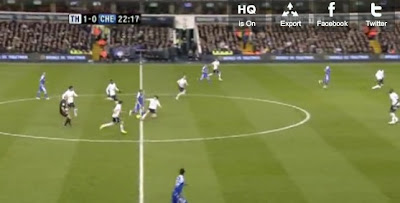 Chelsea are wrongly awarded a free kick for a Modric foul in midfield – he takes the ball cleanly, and Webb has a good view of this, so it is surprising that he blows for a foul. 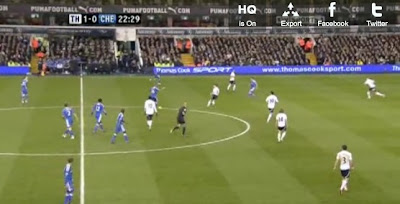 Chelsea take the kick quickly – note Spurs’ 4-5-1 shape, with van der Vaart on the far side, and Walker dashing forward to pick up Mata. 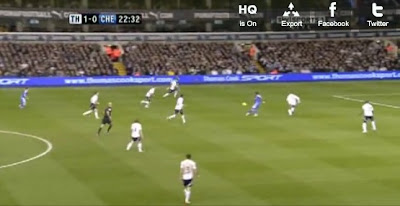 The ball is fed forward to Drogba, who has dropped off Gallas. He could turn, but instead plays a first-time flick to Cole, still tracked by van der Vaart. Notice Walker, who in trying to close Mata, has ended up out of position. 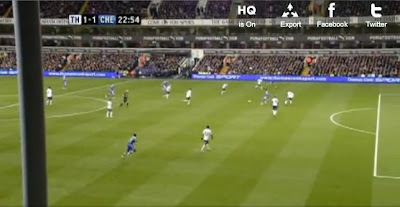 Also at this point, note Assou-Ekotto’s positioning, and Sturridge just starting to make a move in behind him. Assou-Ekotto is positioned quite wide to deal with Sturridge, but he is so intent on watching the ball, that he hasn’t spotted Sturridge making his move. 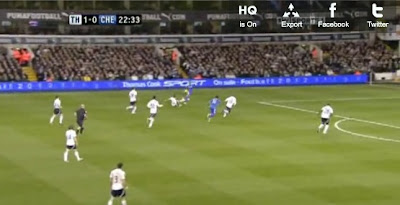 Van der Vaart goes to ground, probably knowing that he will be out-run by Cole. He dives in with his wrong foot, and only manages to glance the ball upwards towards Cole. The ball does strike Cole’s arm but, as his arm is not in an unnatural position, there is no way that it can be deemed handball, especially as it comes from such close range. 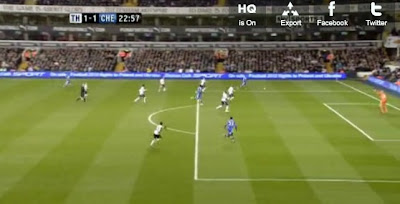 The ball runs really kindly for Cole. Notice King, central, with his arm up appealing for handball (and therefore caught on his heels), and Assou-Ekotto, who has rather embarrassingly afforded Sturridge yards and yards. 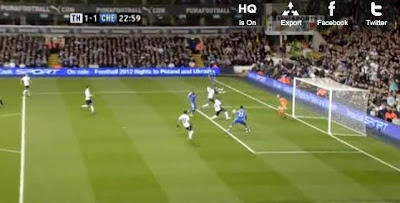 Sturridge is left with an easy tap-in at the back post.

Really poor defending from Spurs, but it was a poor free-kick award (so we lost possession when we should not have done), and Cole got a stroke of luck with the way the ball ran kindly for him. Still, Gallas standing off Drogba, van der Vaart going to ground with his wrong foot, Walker charging up-field and committing himself, King wasting time appealing when the game is still going on, and Assou-Ekotto’s criminal ball-watching is a pretty ugly combination.