Analysis of the goal conceded against Wolves (15/1)

Steven Fletcher’s goal – Walker “concedes” a corner, and Johnson gets up above Dawson to meet Jarvis’ kick. Friedel saves his header, but it comes out into the six-yard box, and Fletcher reacts first. 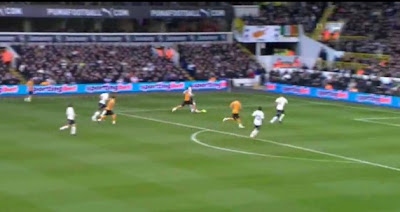 Walker gives the ball away with a chipped pass down the line, and it comes back at us. However, Walker redeems himself by going shoulder to shoulder with Edwards, who nudges the ball forward. Walker sees the ball out, and trots off expecting a goal kick to be given – the referee (out of shot, so presumably without a decent view of the incident) gives a corner. 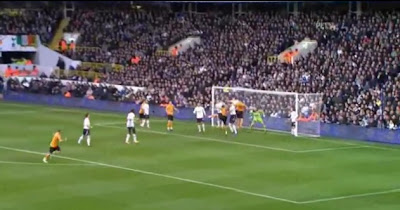 Jarvis is quick on the scene and seems to want to take the corner before we are set up – a move that we should also adopt more often – and Spurs don’t seem quite ready. However, it is a “looping” corner into the six-yard box and, for all his faults, one that I would have expected Gomes to come out and attempt to punch clear. Friedel stays on his line, and lets the defenders attempt to deal with it. Johnson gets up really high and meets the ball at the back post ahead of Dawson. 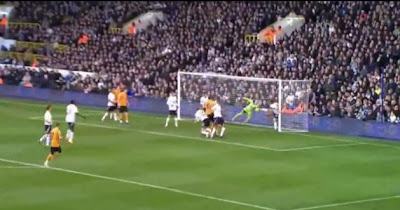 Friedel reacts to keep out the header as Kaboul, who was leaping with Fletcher, readjusts his body and tries to see where the ball has gone. 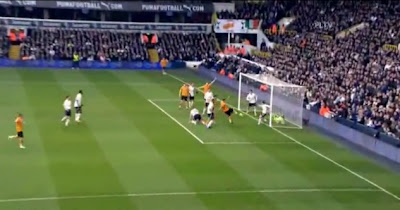 Friedel’s hand-out falls nicely for Wolves in the six-yard box, and Fletcher is first to react, and prods home from close range.

It was very frustrating to concede from a set piece – particularly one that was wrongly awarded – but it would be easier to take if we made the most of set pieces ourselves. We had eight corners in this game, compared to Wolves’ one, and we failed to threaten from any. I personally think that van der Vaart’s corners are poor, and that we should try someone else on corner duty for a sustained period – perhaps Assou-Ekotto. The only time that we seem to threaten from corners is when we find Bale’s near-post run, but teams have got to know that ploy now, and he is generally either blocked off or closely watched.