Analysis of the goals conceded against Man City (22/1)

PLEASE DON’T READ THIS! It will only make you feel worse. I wanted to avoid doing it, but my OCD wouldn’t allow me to. Ah well, here goes…

Samir Nasri’s goal – Silva picks up the ball on the right, cuts in to where he is most dangerous, and releases Nasri with a superb through-ball, which is finished well. 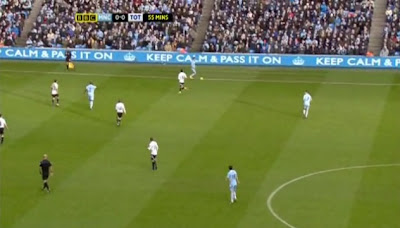 Silva picks up the ball wide on City’s right. 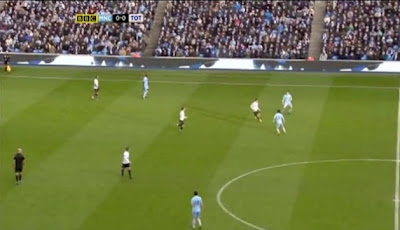 He comes inside looking to create and exchanges passes to receive the ball back in a more central area. 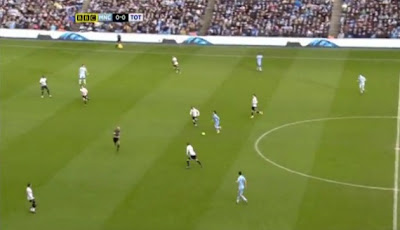 This is the part of the pitch where he damages teams. As Modric closes him, he looks up and sees the run that Nasri is making. 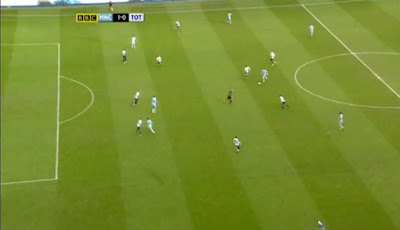 Nasri has made a driving run in front of Walker and is darting in behind Kaboul. 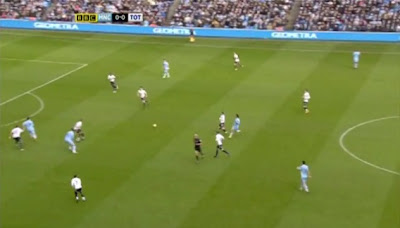 Silva executes a straight pass absolutely perfectly, totally splitting our defence. Because Walker has not read the situation, Nasri is unchallenged when he receives the ball. 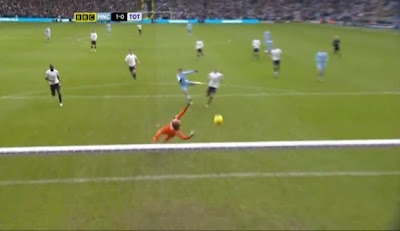 Joleon Lescott’s goal – A City corner is bundled home by Lescott, who pulls away from Walker and wins a challenge with Parker. 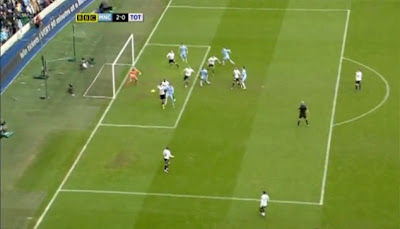 As City take their set piece, Spurs are set out relatively unusually, with no man on either post (we usually have at least one man on a post!). Bale is beaten by Dzeko at the near post. Note Lescott making his run toward the back post with his marker, Walker, totally unaware. 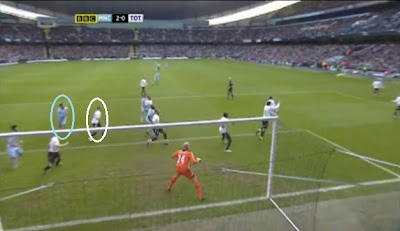 Walker is nowhere near touch-tight to Lescott. 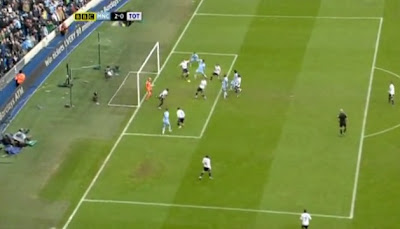 When Dzeko wins the flick on, Lescott has far too much space and is able to meet the ball. Parker attempts to challenge him. 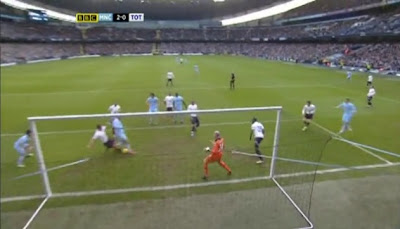 Lescott is stronger in the challenge, with momentum on his side. 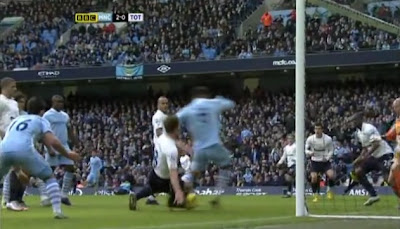 Does the ball eventually go in off Parker? When watching the video, it does look that way.

Mario Balotelli’s goal – Clichy hits a hopeful pass forward, and the bounce of the ball puts Spurs on the back foot. Balotelli gets the better of King, who makes a desperate lunge, missing the ball. Balotelli scores the resultant penalty. 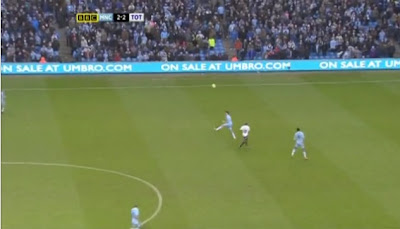 Assou-Ekotto doesn’t allow the ball to roll out for a Spurs throw-in, instead choosing to smash the ball up-field. Defoe doesn’t make a challenge, as it is headed clear. 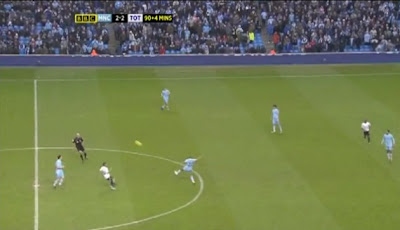 Clichy smashes the ball forward with the outside of his left foot. 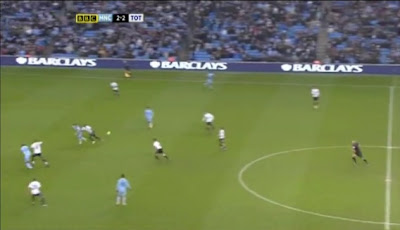 The ball bounces beyond our midfield, as City look to find a way through. 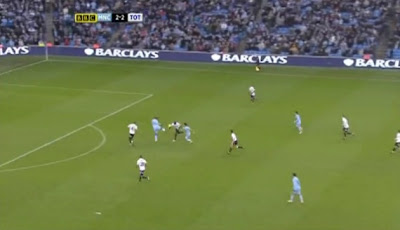 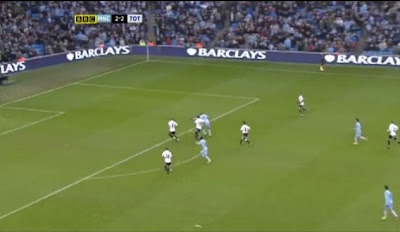 …Balotelli seems to get away from both King and Kaboul. He seems to be in such a wide position that he won’t trouble us, but when he delays his shot, King thinks he can nab the ball. 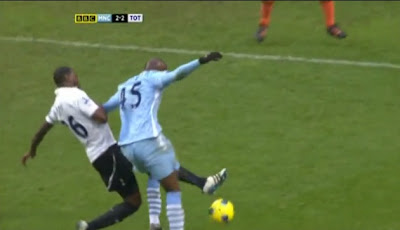 He gets so close to making contact, but Balotelli holds him off, and he brings him down. 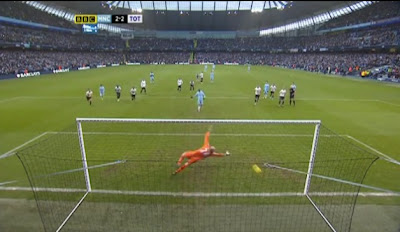 The penalty is well-placed and cruelly makes it 3-2.

Spurs’s game-plan pretty much worked in the first half – van der Vaart and Modric played ahead of Parker in a 4-1-4-1 formation, and the game was tight and cagey. In the second, we were generally the better side, putting together some nice passing moves and creating chances. If it wasn’t for some poor defending and missed chances, we’d have come away with three richly deserved points.