Analysis of the goal conceded against Everton (10/3)

Nikica Jelavić’s goal – Baines plays a superb ball into Osman, who easily wriggles away from Kaboul before playing in Jelavić, who scores with a controlled first-time effort. 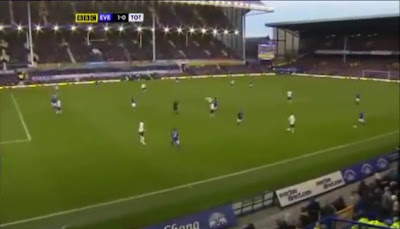 Leighton Baines has possession on the left and looks to feed a pass into Osman, the spare man in midfield. 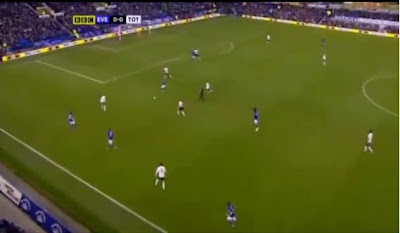 Baines has by-passed our two central midfield players with his pass, and we are left two against two at the back. This means that there’s a lot of responsibility on the centre backs to defend responsibly. Unfortunately Kaboul commits himself and is easily turned by Osman. Notice King’s position with Jelavić at this point – gradually he has to show less interest in marking him, and more in getting to the ball. 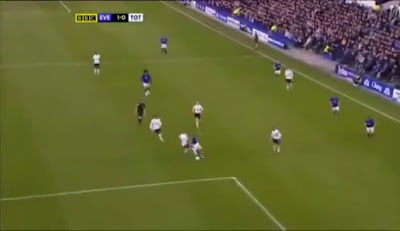 Osman is a hugely underrated player, but the ease in which he turns away from Kaboul is surprising, especially given Kaboul’s excellent form. 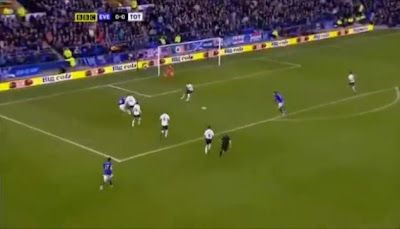 As Osman has got in behind, King has had to come across to the ball, and Jelavić has intelligently peeled away into a great position. 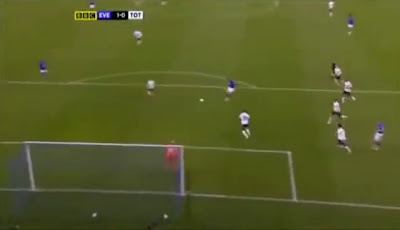 Too many bodies swarm around the ball, and nobody picks up Jelavić, who admittedly still has a lot to do. Does Friedel need to be quite so far over? 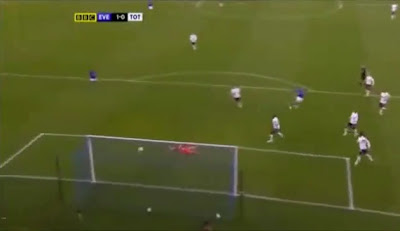 He finishes superbly though – a first-time side footed effort into Friedel’s far corner.