Analysis of the goal conceded against QPR (21/4)

Taarabt’s goal – Having won a dubious free kick, Taarabt sends the ball over the wall and dipping into the near post, easily beating Friedel who has taken a step to the other side of his goal. 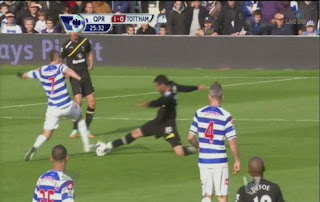 Sandro makes what seems to be a legitimate challenge – winning the ball from Taarabt. 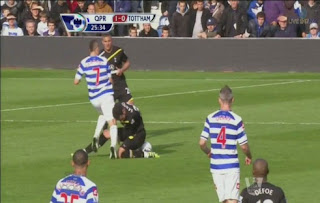 The ball squirms under him and Taarabt goes over Sandro. EDIT: It has been pointed out that the free kick was likely given for handball by Sandro at this point – a very harsh decision. 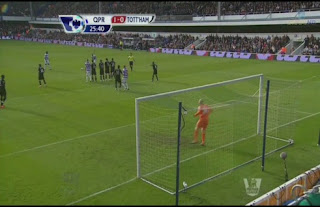 As Friedel sets his wall, he takes steps to his left, showing Taarabt the near post. 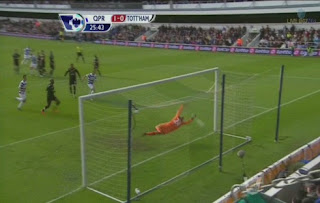 Taarabt whips the free kick perfectly up and down over the wall and into the corner, but Friedel has left himself a lot to do. With the sun in his eyes, and having taken steps to his left, he is unable to get back across in time.