Analysis of the goal conceded against QPR (23/9)

Bobby Zamora’s goal – Sean Wright-Phillips picks up a loose ball following a corner; he drives down the line beyond Defoe, and forces in a cross. It is deflected into the path of Alejandro Faurlín, who sells Dembele a dummy and slips a clever pass through to Zamora, who lifts the ball over Friedel, who is slow to close the striker down. 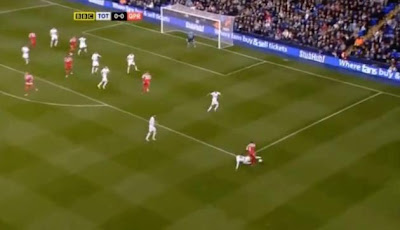 The ball is cleared from a corner, and Sean Wright-Phillips drives down the right-hand side. Defoe slides in to try to win the ball back, but Wright-Phillips evades him. 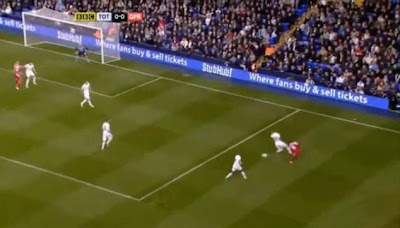 Walker comes over to cover, but Wright-Phillips manages to force a cross in, which deflects off Walker. 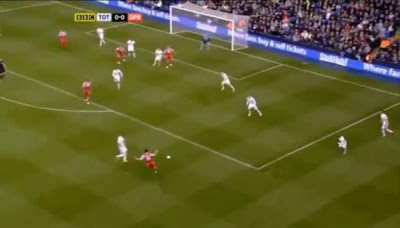 Dembele charges in to meet the ball, with Faurlin looking to take possession. 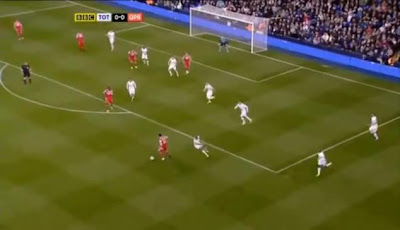 Dembele commits himself, and Faurlin intelligently lets the ball run across his body. Notice the defensive line – they are all looking to push out, with Walker a yard or two deeper in the left-back area. 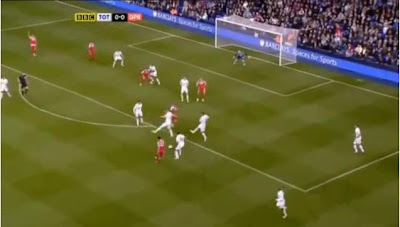 Faurlin shapes to shoot, but instead slides a clever through-ball into a gap that doesn’t even seem to be there. 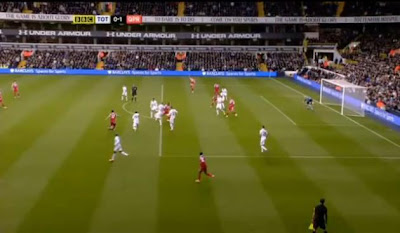 As the ball is played in, Walker is playing Zamora onside (with Zamora also level with Bale, who hasn’t stepped up either). 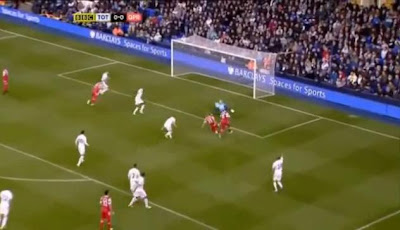 Friedel doesn’t read the pass, and is very slow off his line – note his starting position in the above two pictures, compared with Zamora – Zamora has turned and travelled a yard further than Friedel, who was already facing play. 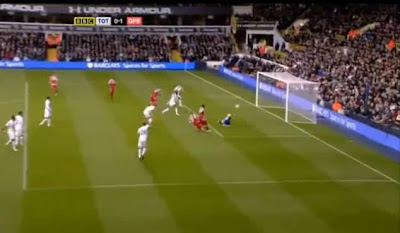 Zamora is left with the relatively simple task of lifting the ball over Friedel.

Friedel has been heralded for two big saves in the match. Personally, I felt that both were saves that any keeper would expect to make – Hill’s header in particular was straight at him. I was once again concerned by his want to stay on the line at every opportunity – three corners came into the six-yard box, and he didn’t look to claim or punch any of them.

Friedel’s movement off his line for the goal looks even more ponderous when viewing the video rather than screen grabs above. It was notable how quick Julio Cesar was to come off his line in similar situations at the other end. I’ve found Friedel partially responsible for a lot of the goals conceded this year, and am looking forward to seeing the much more pro-active Lloris become our first-choice goalkeeper.