Analysis of the goal conceded against Panathinaikos (4/10)

Toche’s goal – Seitaridis latches on to a pass down the right – his touch is loose, but he gets away with it as no Spurs players are close to him. He gets his head up and plays the pass of the match – perfectly in behind Caulker, into the path of Toche, who has run off Dawson, and toe pokes beyond Lloris. 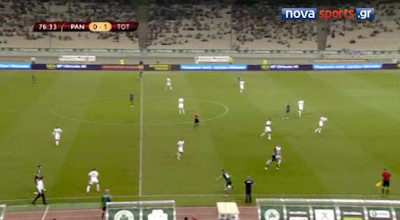 Giourkas Seitaridis controls the ball on the right – it’s not the easiest control but with no Spurs player close to him, he gets away with a less than perfect touch. 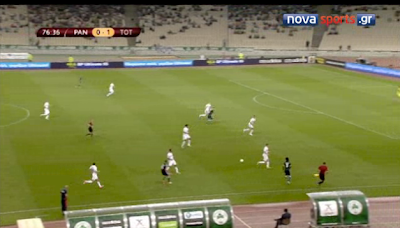 He instantly gets his head up, and notices Toche making an intelligent run – Dawson is not alive or not sharp enough to react to this movement, and it is already clear at this point that he will struggle to get goal-side. 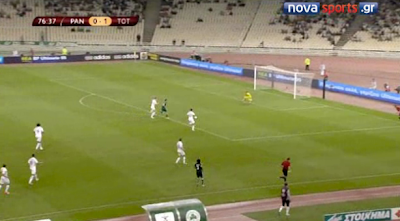 The ball is perfectly weighted to drop behind Caulker – he thinks about stretching, but knows he won’t make it. It’s also not heavy enough to run to Lloris, who instead tries to narrow the angle for Toche. 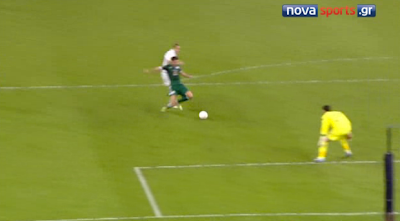 Dawson tries to apply pressure at the last minute, and is actually in danger of giving away a penalty – perhaps that may have been the best option at this point? 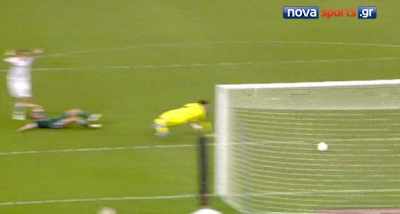 It’s a neat finish from Toche – right into the corner – but could Lloris have come out a yard or two further? I think so.