Analysis of the goals conceded against Norwich (31/10)

Vertonghen’s own goal – A corner comes back out to the edge of the box, and a Tettey volley hits Vertgonhen and finds the corner of Lloris’ goal. 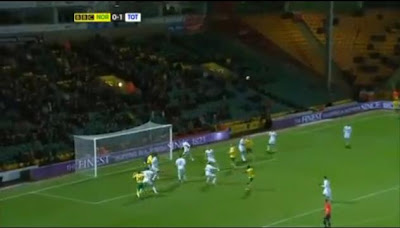 A corner is drifted in, with Vertonghen marking Morison at the back post. 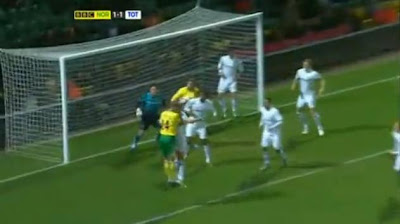 Morison seems to have his arms on Vertonghen, but gets above him and wins the header… it’s difficult to tell, but it seems to come off Vertonghen and back out towards the edge of the box. 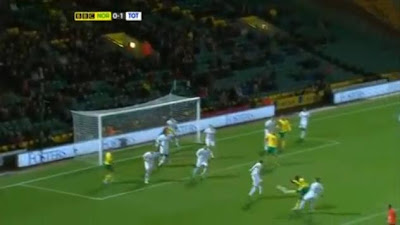 Tettey is waiting at the edge of the box, with Sigurdsson and Falque closing him from either side. He gets a shot away, but it is travelling wide. 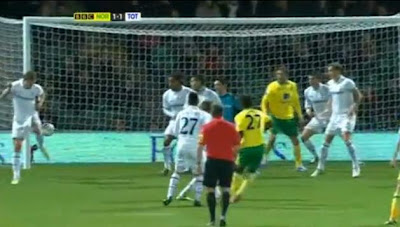 Vertonghen tries to adjust his body, but can only divert it past Lloris.

Jackson’s goal – Another set piece – this time Snodgrass’ free kick is headed down powerfully by Holt. Lloris saves, but the ball pops up for Jackson to slam home. 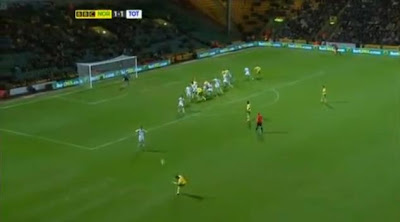 Snodgrass angles his free kick to the far post. 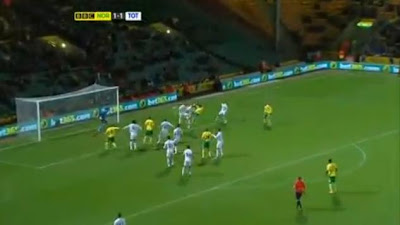 Holt easily beats Vertonghen in the air, and powers his header downwards. 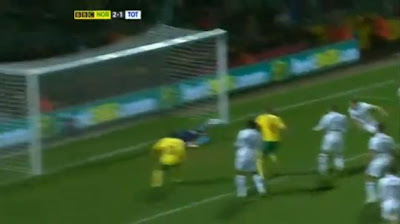 Lloris makes the reflex save, but the ball pops up. Huddlestone had been marking Jackson, but doesn’t follow him into the six yard box. 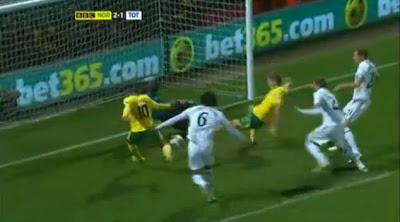 Lloris makes a desperate lunge for the ball, but Jackson beats him to it, and powers home.

A very disappointing result, especially having dominated the game for long periods, been 1-0 up with ten minutes to play, and of course missing the late penalty. However, there were some positives to be drawn from the game – Lloris was commanding, decisive, quick off his line and generally a strong presence. Tom Carroll showed plenty of ability in midfield, keeping the ball ticking over and also showing a willingness to tackle. And finally, Yago Falque had a really good game – he was creative and intelligent, providing good crosses and almost scored with an excellent curling effort.

On the down side, Dempsey and Sigurdsson struggled to have any impact on the game again, and I personally don’t think either deserves to start against Wigan. My preference would be for Lennon, Bale and Falque to play in a fluid “three” behind either Defoe or Adebayor.

Another slight negative was the performance of Vertonghen. He came on for the tiring Carroll (we had limited other options, but one would have been dropping Sigurdsson deeper), but seemed to lack intensity. He was arguably at fault for both goals, and I think AVB will have perhaps learnt that he is not an ideal candidate to come off the bench, and that he should either start or play no part at all.