Analysis of the goal conceded vs Portsmouth

Another poor goal to concede this weekend – we’re still stuck on one clean sheet, and this kind of defending shows why.

A ball is played down the channel which Kaboul chases. I think Assou–Ekotto is trying to shield Bassong from Kaboul so that he can get distance on his clearance. Either way, between them, they get in a real mess 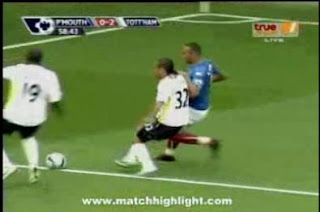 Kaboul shows good desire, and gets a toe on the ball. 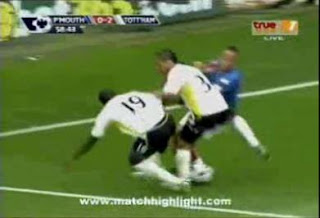 This has taken two defenders out of the game – pretty pathetic! The first rule of defending is “don’t talk about defending”. Or perhaps that’s only at Spurs? Of course, it should be “if in doubt, put it out”. 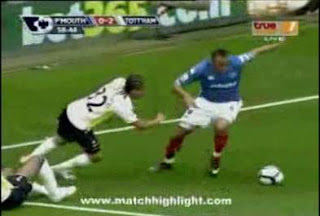 Kaboul sensibly passes the ball back to Finnan, who seemingly overhits his cross. 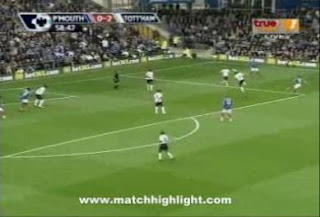 But at this point, Corluka has been forced to come across to cover Bassong, who had gone over to help Assou–Ekotto. 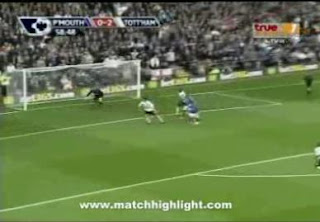 This leaves Boateng in plenty of space, and he has time to watch the ball on to his foot. Note Gomes‘ position at this point. He has already come across to this side of the goal, and his near post is seemingly well protected. 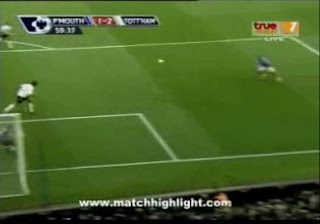 Also well worth noting Lennon’s position (at least I think it’s Lennon – apologies Aaron if it’s not you!). Perhaps harsh to blame a right midfielder for a goal like this, but he has not come round to cover for Corluka. 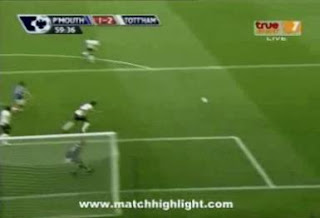 Boateng’s technique is decent enough – he strikes the ball well here but, again, worth noting Gomes‘ position. He simply shouldn’t be beaten from here. 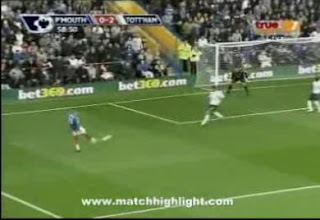 But he lets it creep in – although he made some good saves this week, he has to take his share of the blame for this goal. 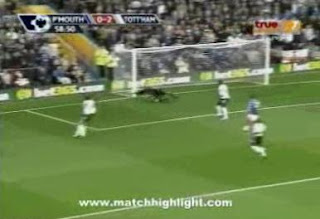 Personally I’d like to see Dawson or Woodgate back in the team next week. I think Bassong has had a promising start to his Spurs career, but he is still raw and his mistakes have already cost us goals this year.