Analysis of the goal conceded against Bolton

I wrote yesterday regarding our mental strength, and I was pleased to see us fight back in the second half today – we could and should have actually won the game, but a draw wasn’t a bad result given the bullying Bolton gave us in the first half.

However, Bolton aren’t just a team of bullies – they have some gifted players too. We know that they are capable of good one and two touch football, as they scored two excellent goals against us back in October.

Kevin Davies’ goal starts with some neat midfield triangles – Defoe chases between Gardner and Muamba, but eventually Gardner feeds Elmander, who has dropped off, and dragged Dawson out of position. Elmander did this all game – his movement, close control and dribbling were consistently good (although his finishing was lacking).
NB: our two central midfield players are watching this passage of play unfold – Palacios is nearest the referee. 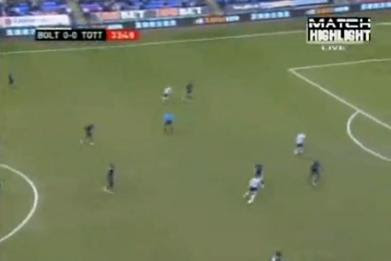 Elmander turns and looks to drive in between our players, knowing that he has Lee for back-up. 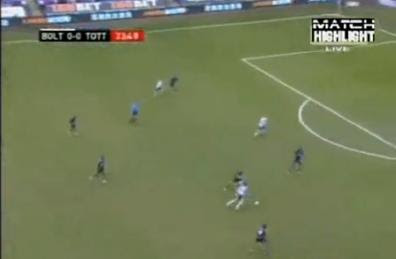 He is able to play the one-two with the technical winger, Lee, knowing that the ball will be returned quickly, and will be well-weighted. 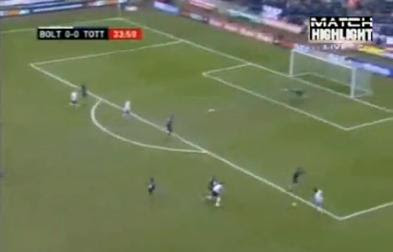 This move has carved us apart – Dawson and Bale may as well not have been there. Our defenders at this point, from left to right, are Corluka, King, Dawson, Bale, with Modric outside the box. King is well positioned to deal with the onrushing Taylor. 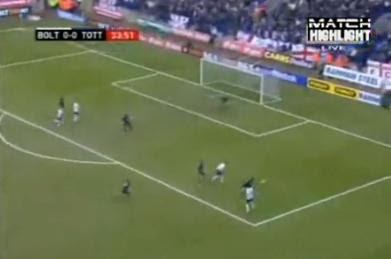 Once Elmander hits the by-line, Taylor has got ahead of King, and Davies has dropped off Corluka. Palacios and Huddlestone, remember, have watched this move unfold, and haven’t considered getting involved. 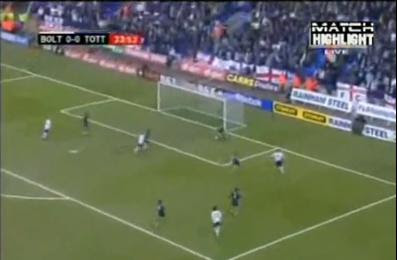 A very neat cut back from Elmander. It’s slightly behind Davies, but because Corluka is nowhere near tight enough, he has time to take a touch. 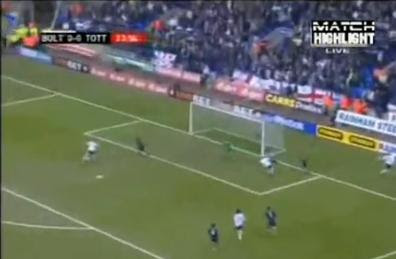 Note from this angle how far away Palacios is from the action. For me, it’s unacceptable for him not to have reacted. That Corluka has given so Davies so much space is suicidal. 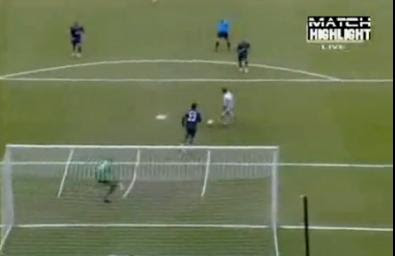 A decent finish from Davies – it’s past Gomes before he can move. 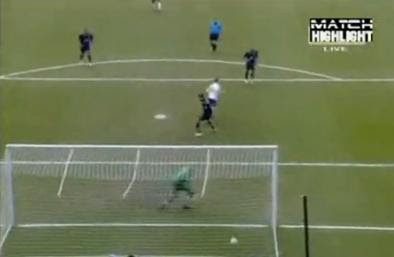 Nice interplay from Bolton, but poor defending from Spurs. I am a big fan of Corluka, but this, coupled with the Birmingham goal, are certainly blots on his copybook. I am also really disappointed that Palacios didn’t anticipate the danger and try to effect play.