Today’s result was brilliant, and almost makes up for Goodison Park – we rode our luck, though, and it could easily have been a draw or worse. Some of our defending was calamitous (I was one missed tap-in away from another Bassong-related rant), and the goal was no exception.

Thankfully, we’ve largely cut out the goals conceded from set pieces, but this is not good, and no doubt the players will be watching it back in training tomorrow. We set up to defend the corner with Modric on the near post, Bale the first screen, but nobody on the back post. Yakubu makes his intentions clear from the start, by positioning himself near to Gomes – who is marking him? 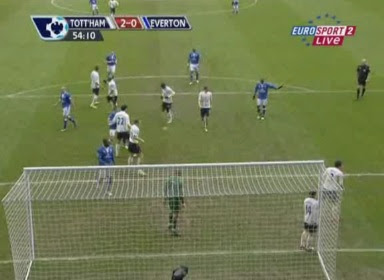 Arteta loops a corner in to the far post, where Rodwell has pulled away from Corluka. It’s not great defending from Corluka, but in these situations it’s not always easy to get to the ball ahead of an attacker who perhaps knows what’s coming. Rodwell’s header is a decent one, but we are still relatively well set to defend it. Well, we would be were somebody marking Yakubu. 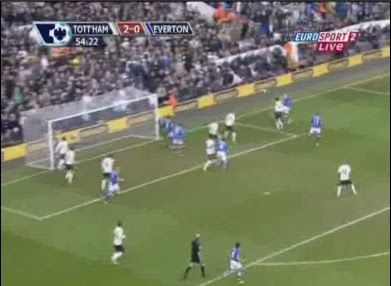 Pavlyuchenko, Dawson and Gomes – you’d be looking for one of them to deal with this ball before it can find a way to the unmarked player in the 6-yard box. 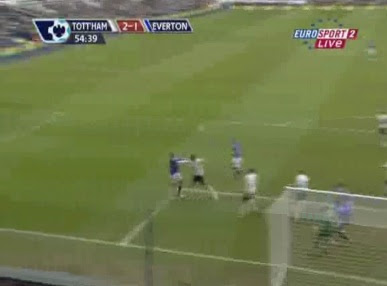 Alas, no. Pavluchenko reacts too late, and misses his kick. Dawson, presumably expects the goalkeeper to deal with it, and doesn’t react. Gomes… well, he just kind of falls over. 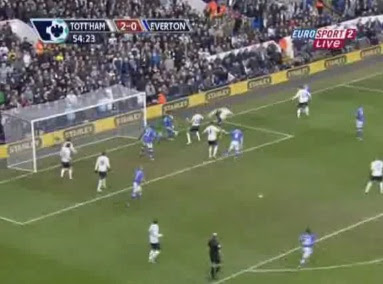 A better angle shows that Gomes has got himself into a poor position, and hasn’t got a great view. When he dives, therefore, he just misses the ball completely. 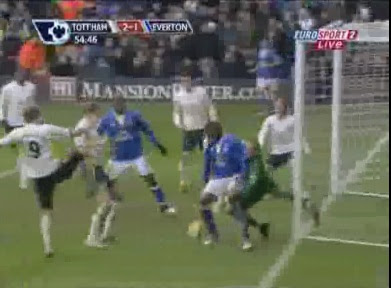 And Yakubu prods home, under limited pressure from Dawson and Modric. 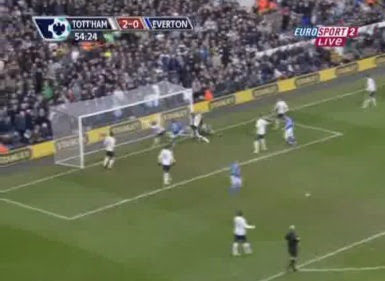 A really, really disappointing goal to give away. But we were asking for it for much of the game – Gomes looked nervous on crosses, and had already fumbled a simple catch (fortunately Dawson rescued him with a superb block).

EDIT: After comments of a potential foul on Gomes, I’ve watched the highlights (5:30 in) many times, and still can’t see the supposed foul. Make your own mind up: 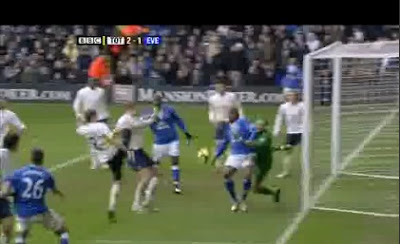