Analysis of the goals conceded against Werder Bremen

Very good team performance, excellent team selection, and some sterling personal performances, particularly from two largely less “popular” players in Jenas and Kaboul. I personally believe that we would have won 0-2 if Gomes had been playing, but then there are no guarantees. 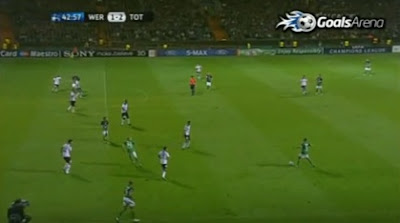 Wesley picks up a loose ball, and has plenty of time. Jenas stands off him because there are two players making a dart behind him – he can’t risk moving towards the ball in my opinion, and we seem to have things generally under control in the box. 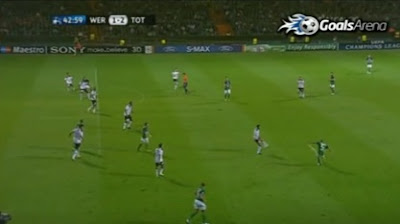 Almeida is clearly onside when the ball is played – both Assou-Ekotto and Corluka are playing him comfortably on, and King is also level with him. 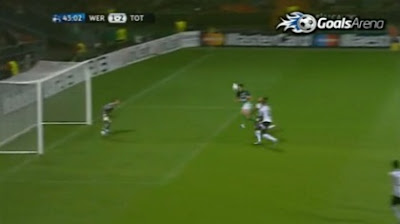 When watching the clip, as the camera moves towards the goal, you almost expect the goalkeeper to be there – Gomes would have been. The ball hangs in the air, and when Almeida makes contact, it is virtually in the 6-yard box. There is no doubt in my mind that this is the goalkeeper’s territory, and Cudicini should be claiming or punching the ball.

Having said that, knowing that he is rooted to his line, Assou-Ekotto and King should have – between them – done more to stop Almeida getting a free header. 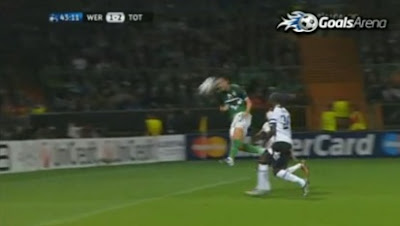 It’s not a great contact – it doesn’t need to be, as Cudicini is floundering. 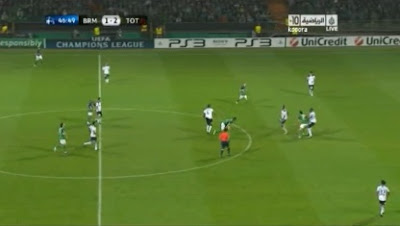 Another frustrating goal to give away, not least because it came so early in the half, where you’d want us to keep things tight. Marin had been the danger man in the first half, and I would have expected Redknapp to ask Lennon to double up on him where possible – he is virtually on the halfway line here. 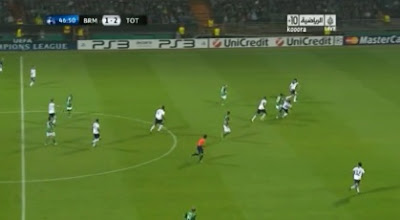 With players rushing back into position, King slides in to win the ball. Corluka is dropping off in case his man, Marin decides to go on the outside. 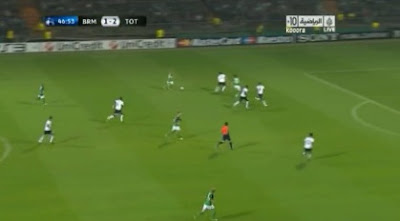 Instead, Marin only has one thought in his mind once he picks up the ball, and moves towards the centre. 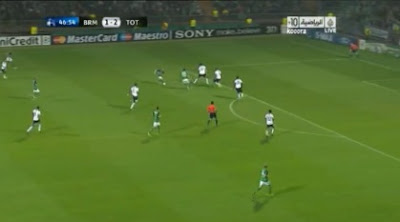 Huddlestone has been caught too high up the pitch, and can’t influence things, so one of the defenders needs to come out – Kaboul starts to do this. 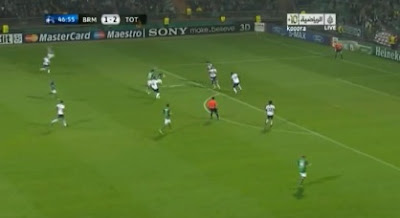 Unfortunately, Kaboul gets to Marin too late, and he gets a shot away – firm and low. 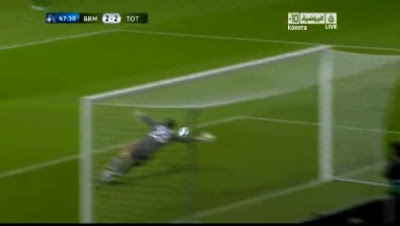 Cudicini is beaten so easily at his near post in my opinion. It is in the corner, but look how flat-footed he is caught- he barely gets any spring.

A point that I would no doubt have taken before kick off, but having been two goals ahead, it is slightly disappointing.